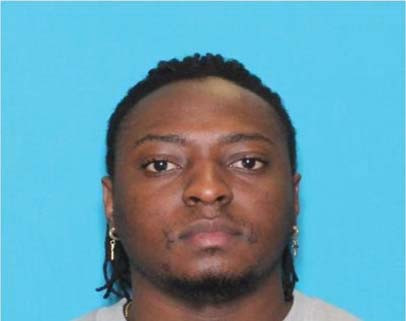 Osawuru has confessed to the crime
A Nigerian man arrested in the US by the FBI for duping unsuspecting victims has pleaded guilty.
The 27-year-old Nigerian man identified as Esogie Osawaru admitted taking part in a conspiracy to loot both Washington State’s Employment Security Department and state of Pennsylvania unemployment insurance funds.
Esogie Osawaru, also known as “Milk Anthony” was arrested by the FBI in June 2020 along with a Nigerian co-defendant, Nosayamen Iyalekhue, 33, for defrauding victims using various online scams during the COVID-19 pandemic.
Iyalekhue and Osawaru participated in a series of romance, pandemic unemployment insurance, and other online scams designed to defraud victims by convincing them to send money to accounts controlled by the defendants.
To carry out the scams, the defendants used false foreign passports in the names of others, but with their photos, to open numerous bank accounts, and in turn directed the victims to send money to these accounts. Iyalekhue and Osawaru then rapidly withdrew the victims’ money from various bank branches and ATMs, often multiple times during a single day. The schemes included collecting unemployment insurance in the name of others during the COVID-19 pandemic.
Osawaru on Friday, pleaded guilty to wire fraud and unlawful monetary transactions, court records show.
27-year-old Nigerian man faces 20 years imprisonment for employment, romance scams in US He has agreed to forfeit up to $1.3 million in assets he may own that are the proceeds from unemployment insurance fraud schemes and various other online scams, which saw him fleece victims in online romance schemes, according to court records filed in the U.S. District Court for Massachusetts.
Osawaru signed an agreement to plead guilty on Aug. 24th, but that was not announced publicly until Nov. 13. Although that announcement made no specific mention of his involvement in Washington state’s ESD fraud, it has been confirmed by officials here and in U.S. District court documents.
Osawaru will be sentenced at a court hearing on March 11, 2021. He will face deportation proceedings, but he was released on Nov. 11 and has put up a cash bond of $10,000 with the court, public records show.
Osawaru was ordered not to discuss or meet with any other suspect in the case and submit to location monitoring. He has surrendered his passport and was also ordered by U.S. District Court Judge Douglas Woodlock not to open any new bank accounts or lines of credit, or face the risk of going back to jail.
The FBI, which seized Osawaru’s email records from Microsoft headquarters, says it discovered that in mid-May unidentified co-conspirators caused Osawaru’s Eastern Bank account to get $10,710 from Washington state unemployment insurance benefits in the name of a Washington state resident.
The fraud victim told FBI special agents they never applied for state unemployment benefits and didn’t know Osawaru, FBI Special Agent Michael Livingood said in a sworn affidavit to get the search warrant.

Six unidentified co-conspirators allegedly worked the various frauds with Osawaru, other court records show.
United States Attorney Andrew E. Lelling in Boston and Joseph R. Bonavolonta , special agent in charge of the FBI Boston Field Division, said the Osawaru faces a sentence up to 20 years in prison, three years of probation, and a fine up to $250,000.
In his plea in the FBI case, Osawaru admitted that he and others used a array of fake names, forged foreign passports and other documents to open multiple bank accounts. They used these bank accounts to receive proceeds of online crimes and quickly withdrew all the money at five different banks.
In 2019, for example, the FBI says Osawaru used a fraudulent Nigerian passport in the name of “ Milk Anthony” to open three bank accounts. One of those accounts was at TD Bank USA, where Iyalekhue was an employee for about a year.
The FBI said in its June 2020 search warrant application that Iyalekhue was fired in 2019 when the bank’s global security and investigation team detected him engaging in misconduct. Iyalekhue’s case remains before the court, documents show.
Prev postNext post
Use your ← → (arrow) keys to browse