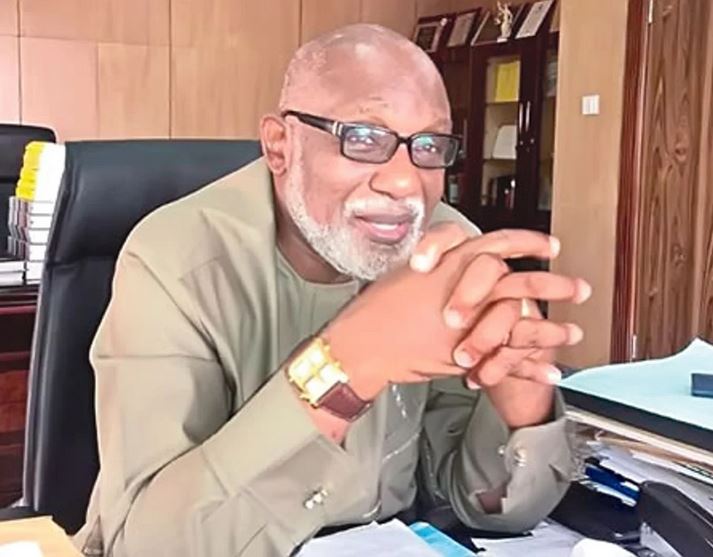 According to The PUNCH, the Ondo State Government Saturday has announced the cancellation of the Easter Sunday church services following the confirmation of second case of the deadly coronavirus disease in the state.

The government had earlier lifted the ban placed on the restriction of movement in the state to enable the Christians worship in the church on Easter Sunday only.

This followed the agreement reached by the state governor, Mr Rotimi Akeredolu and the leadership of the Christians Association of Nigeria but the government had reversed itself on the matter.

In a statement issued by the state Commissioner for Information, Mr Donald Ojogo, on Saturday, the government declared that there would no church services on Easter Sunday, that all Christians should worship in their houses.

According to the statement, the government said the emergence of second case of coronavirus in the state had once again, reinforced the need to “deepen our collective efforts to combat the COVID-19 pandemic.”

Ojogo said, ” The Ondo State COVID-19 Response Team has reported that the second case, having travelled  from Lagos to Ondo State must give the government greater concern to avoid community transmission.

” Against the backdrop of the above, the Ondo State Government has directed the cancellation of the special concession granted churches across the state to celebrate the Easter Sunday/Service. This decision was taken after due consultations with the leadership of the CAN.

“All measures and steps taken in respect of the COVID-19 still remain in force. In particular, government has taken further steps to effectively man the boundaries in the light of reported cases of compromise and breach of the directive to close all inter-state entry points into Ondo State.”

In a similar reaction, the Chairman of the CAN in the state, Rev. Ayo Oladapo said the association had concurred with the state government, as a result of the current development in the state .

” In view of the present situations with the second index case of COVID-19 in the state, and in due consultation with all stakeholders. We have resolved to cancel the Easter Sunday service. All our members should hold their services in their homes,” Oladapo directed.