This new body of work/project which is a follow-up to Olamide’s 9th studio album ‘999‘ is a 12 track album that houses the Afrobeat, Afropop, Rap, and R’n’B music genre with productions from P.Prime, ID Cabasa, Pheelz, and Vstix. 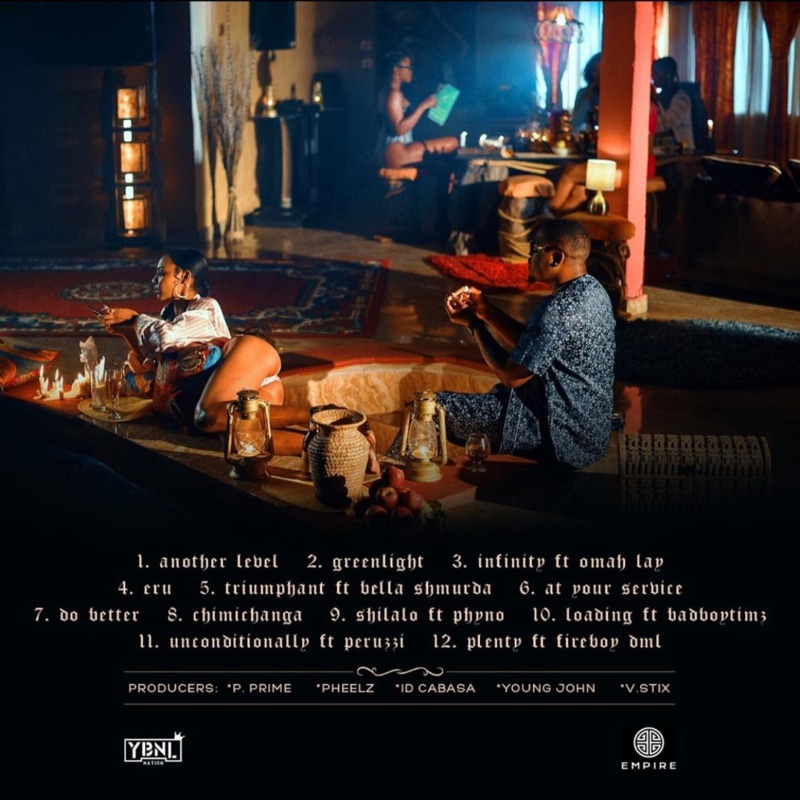 Each track on this ‘Carpe Diem’ album comes with its own message, music genre, directives and story about the multi-talented music artiste. Peep and Enjoy below

This first track produced by P.Prime sees the rapper dropping rap lines about how he is a big deal in the music industry. Shares that he is a strong music Mafia who achieves his goals, A king that doesn’t need anyone’s validation cos he sits higher above his enemies and haters. Listen!

This second track also produced by P.Prime is a love song. On this lead single that welcomed the “Carpe Diem” album, Olamide wants some Greenlight. He needs to connect with the lady his heart pumps for that been running through his mind so he can show his love feelings/affections because it takes two to tango. Enjoy!

This third track featuring Omah Lay also produced by P.Prime is a mid-tempo jam that captions Sex (loving making). Olamide and Omah Lay talks about the lady that wants their sex till infinity because to her its something she can’t just resist. Listen!

Also produced by P.Prime is a banging Rap-Pop sound that will burst your speakers. The song talks about been Bucks Up, Endowed, and Bless. Olamide says he can never get tired of spending, making money, and taking care of his endowed lady.

This fifth track produced by Pheelz talks about having won a battle, be victorious. Olamide goes deep on this one, reminisces on his rough journey, the sufferings, and sacrifices. Even deeper when he shared the most painful thing to him, losing both his Mother and Father at the point of fame. He goes emotionally stating that tears drop from his eye whenever he remembers them because they are not alive to see his victory and enjoy what they labor and suffered for. LISTEN!!!

This track talks about been at a girl’s service, pulling up for her whenever she wants, during everything at his capacity just to please her.

This seventh track is a Young Jonn produced record and we all know when JIGGY comes with a production it Bangs!!! The tracks talk about meeting up to your lady’s complaints… Listen!

On this P.Prime produced track, Olamide wants to enter his lady’s world, living and working for her. He is ready to give his all if she won’t play him Tikitaka (like a ball).

The 2 Kings; Phyno and Olamide linked up on this P.Prime produced track and they both rapped about a Shawty… Listen!

This track is a perfect blend of Afrobeat and the South African Amapiano sound produced by P.Prime. Get Ready to dance… Enjoy!!!

This eleventh track produced by Vstix is another love song that joints R’n’B with Rap. You really need to listen to this…. Enjoy below

This last track definitely not the least for Olamide is a Rap-Pop-Afrolife record produced by Pheelz. It talks about the excess things that Olamide now owns, has seen, and also been through. Enjoy!!!