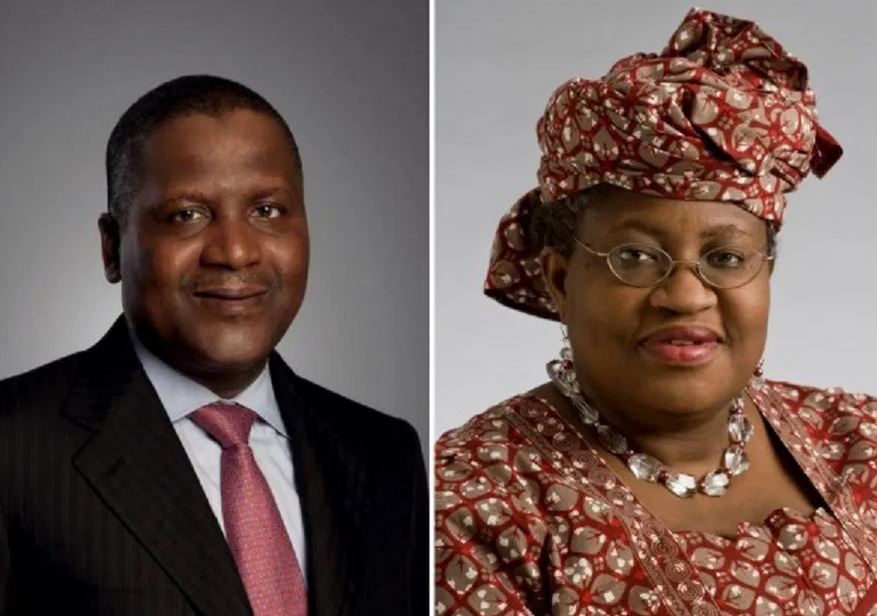 The candidacy of Ngozi Okonjo-Iweala, Nigeria’s former minister of finance, for the office of the director-general World Trade Organisation (WTO) has received a boost following an endorsement from Aliko Dangote, Africa’s richest man.

Aliko Dangote took to Twitter to show his support for Mrs. Okonjo-Iweala, who is one of the candidates vying for the position which became vacant following the resignation of Roberto Azevedo on Monday, August 31.

Dangote tweeted: “In these challenging times, the World Trade Organisation needs the renowned skills and tested experience of  Ngozi Okonjo-Iweala to lead the organisation through identified obstacles and strengthen its position as the prime facilitator of international trade”.

He added: “A vote for her by all is a step in the right direction. I fully endorse the candidature of Ngozi Okonjo-Iweala to lead WTO.”

Prev postNext post
Use your ← → (arrow) keys to browse
READ  IMPORTANT! Was Your NIN Issued In Kwara Before 2012? (Then Read This)
Page 1 of 1 Prev Next