All Africa Music Awards (also referred to as AFRIMA) is an annual awards event. The awards event was established by the International Committee AFRIMA, in collaboration with the African Union (AU) to reward and celebrate musical works, talents and creativity around the African continent while promoting the African cultural heritage. Its pioneer Awards show was held in 2014.

These awards consist of 37 prizes of two categories: region-based awards (covering the five African regions) overseeing the achievements of African artistes within their specific regions of origin and the genre-based continental awards.

READ  NL LESSON!! What Do You Learn From Laycon’s Victory As Winner Of BBNaija Lockdown Edition?

Burna Boy has released an album that peaked at number one on the global chart, ‘Twice As Tall’. Tiwa Savage also released her third studio album, ‘Celia’, which has debuted at number 14 on the Billboard World Album chart. Davido recently released ‘Fem’, which garnered over 1 million views in less than 24 hours. Wizkid is yet to release his album. He, however, dropped ‘Smile’ featuring H.E.R in July.

See the category below: 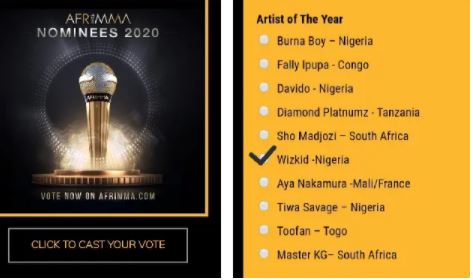 Who Do You Think Deserve It Better??