Chike Sets Temperatures Rising With Revealing Photos of His Manhood

Nigerian R&B singer, Chike has set temperatures soaring all the way from the Maldives.

The boo of the booless found himself on Twitter trend tables after sharing hot, revealing photos from his vacation. Chike who started working out recently and has been vocal about it, took to Twitter to show off his new Physique, abs #Summerbody. In the photos, Chike wore a gray-colored swim truck and struck a pose backing a beach house. A closer look at the photo revealed his gbola and has stirred controversy on social media. 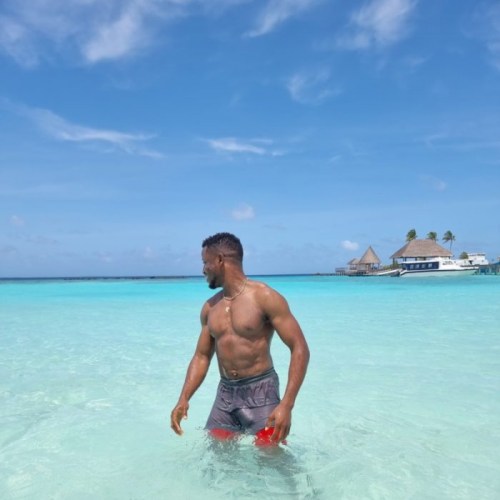 Twitter users who must have zoomed in on the photo took to Twitter to react to his post. As expected, Female fans swoon over the photo and have been tagging Chike, dropping hints on what they would if Chike was in sight. However, the guys didn’t find Chike’s post or Summer body appealing. Many have slammed him for sexualizing men and others are of the opinion his Gbola ain’t real.

Read their hilarious comments below

Now that everybody have seen it…who wil now marry you? pic.twitter.com/gXC2OJ3Bmk