Nigerian Disc Jockey, DJ Xclusive joins the club of fathers as he is now a dad to a baby girl.

DJ Xclusive started his professional disc jockey career in 2003 by performing at various night clubs, including Aura Mayfair, Penthouse, Funky Buddha and Jalouse. During the course of his career, DJ Xclusive has performed with acts like Ne-Yo, Rihanna, Mario Winans, Brick and Lace, Nas and Fat Joe.

READ  COVID-19 In Kogi Is Real And Authentic, I Know A Patient – Dino Melaye Reveals

Dj Xclusive married Tinuke Ogundero in 2015. He is also the nephew of Nigerian billionaire Folorunsho Alakija.

DJ Xclusive via his Twitter page made the announcement that he is now a father to a beautiful baby girl.

He revealed that her name is Avery and couldn’t help gushing about how she stole his heart.

“Her little fingers stole my HEART..” welcome to the world my precious “AVERY” 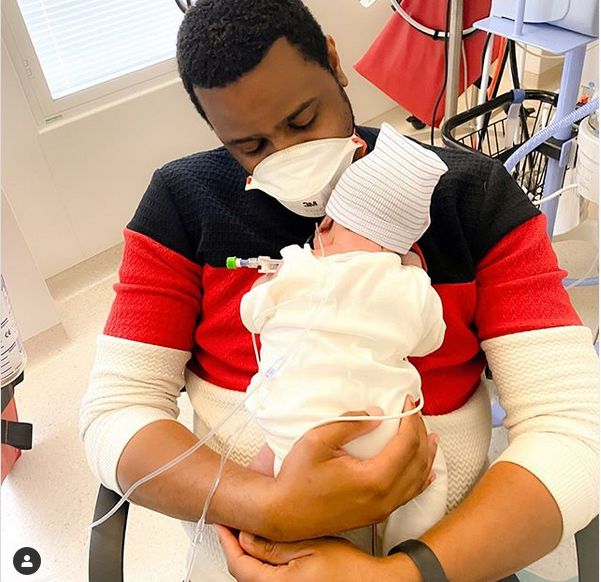