Governor Kayode Fayemi has congratulated Nigerian lady, Esther Agbaje, who was elected into the Minnesota House of Representatives on Tuesday, November 4. 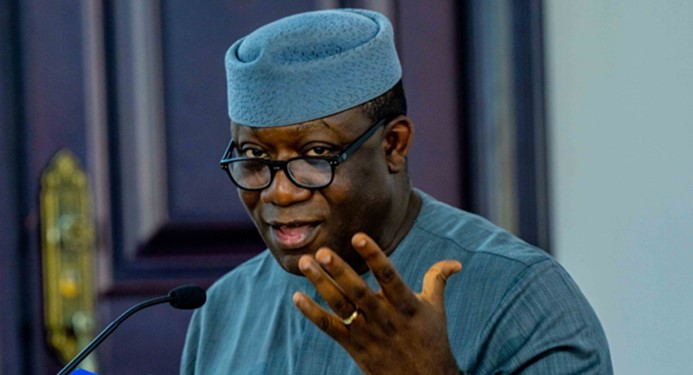 In a tweet shared on his handle this afternoon, Governor Fayemi said Agbaje is a proud Ekiti daughter whose parents are from Aramoko Ekiti.

”Congratulations to our Ekiti daughter and Harvard graduate for winning a landmark legislative seat into the Minnesota state assembly. I just spoke to her proud parents from Aramoko Ekiti and extended the best wishes of all our people. JKF”, Governor Fayemi tweeted

Agbaje who will be representing District 59B in the 134-member House on the platform of the Democratic-Farmer-Labor Party (DFL), an affiliate of the U.S. Democratic Party, won by a landslide polling 17,396 votes or 74.7 percent of the total ballots cast to defeat her closest rival, Alan Shilepsky of the Republican Party who polled 4,128 votes, representing 17.7 percent of the total.

The 35-year-old Nigerian woman graduated from George Washington University, Washington, D.C., with a degree in political science, holds a Masters in Public Administration from the University of Pennsylvania, and also a law degree from Harvard University.

READ  Buhari Given 5 Days To Reverse Fuel Price And Electricity Tariff Increase Or...

Agbaje who once served at the U.S. Department of State as a Foreign Affairs Officer, charged with managing the rule of law projects in the Middle East, currently works as an attorney in Minneapolis with a focus on general civil litigation and medical malpractice.