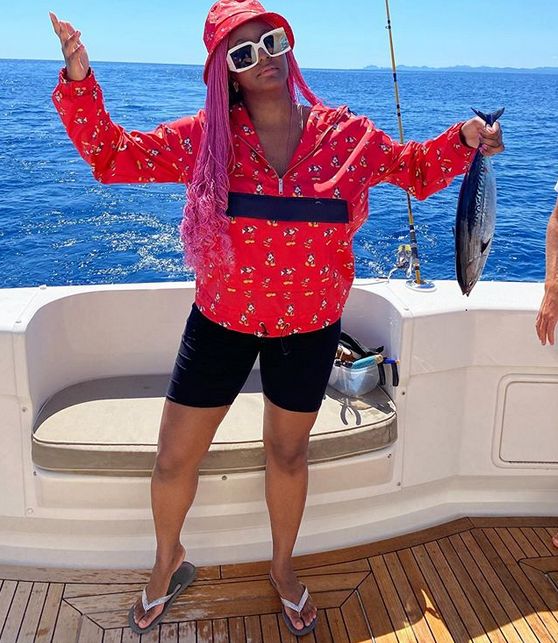 DJ Cuppy revealed the tough choice she had to make when she fishing in Monaco.

DJ Cuppy posted pictures of her fishing in Monaco and said that that would be the last time she would go fishing as she is vegetarian.

The Disc Jockey also said she returned the fish back into the ocean as she is a vegetarian who doesn’t eat Animals and their product and that it does against her belief.

… As a Vegan this is against what I believe in, and I insisted on returning the fish back in the sea.