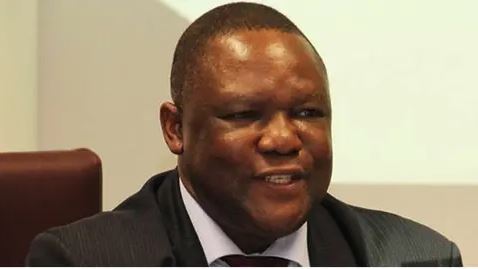 According to The PUNCH, the Department of State Services has extended the third invitation to a former Deputy Governor of the Central Bank of Nigeria, Dr. Obadiah Mailafia.

Mailafia, who was the Presidential candidate of the African Democratic Congress, said this during an interview with The PUNCH on Friday.

“It is true. I have been invited to their office in Jos. I was asked to appear at 11 am on Monday,” he said.

Mailafia, who is also being investigated by the Nigeria Police Force, got into trouble with security agencies for his interview on Nigeria Info 99.3FM wherein he claimed that a repentant terrorist told him that a northern governor was a Boko Haram commander.

The former deputy governor of the apex bank had also claimed that during the lockdown, weapons were distributed to several parts of the country, adding that terrorists had infiltrated Lagos.

He later withdrew his comment, stating that he got the information from a third party.

Last month, Mailafia had approached a High Court in Plateau State for the enforcement of his fundamental rights to personal liberty and fair hearing in a bid to prevent the police from arresting him.

However, it was learnt that the security agents were being prodded by the Federal Government to ensure that the economist is arraigned in court.

Mailafia said it was unfortunate that two security agencies were investigating him at the same time.

“This is one of the reasons why I am in court. I am being invited by the DSS and the police at the same time. It is an abuse of my rights,” he said.