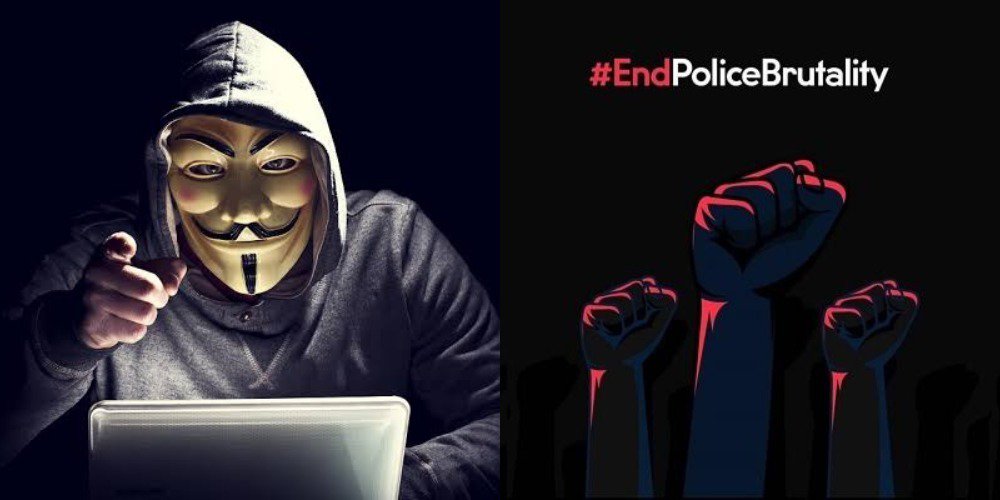 This is coming in the wake of protests holding across Nigeria against police brutality in the country.

Recall yesterday we reported that Anonymous has sent a note of warning to President Muhammadu Buhari, vowing to commence immediate hacking of government database if their warning is ignored.

This was confirmed today on Twitter after the group made a series of pro-EndSARS tweets using the handle of the NBC.

In a series of tweets, the group asked Nigerians to suggest which government organization they want them to hack next.

According to the group, they are out to expose Nigerian government secrets and dirty files.

They also noted they have nothing to gain but are however lending support to Nigerians to agitate for a better country. 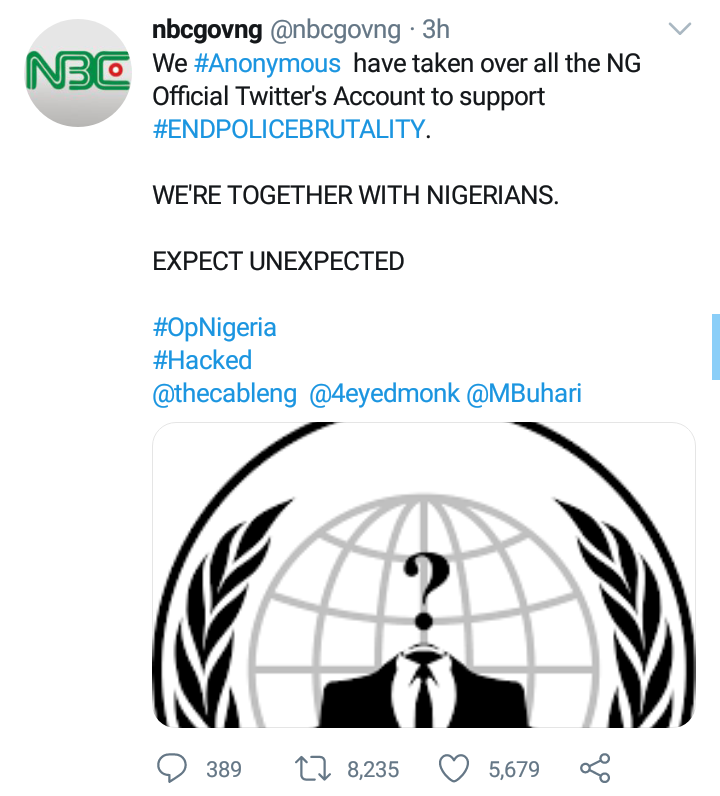 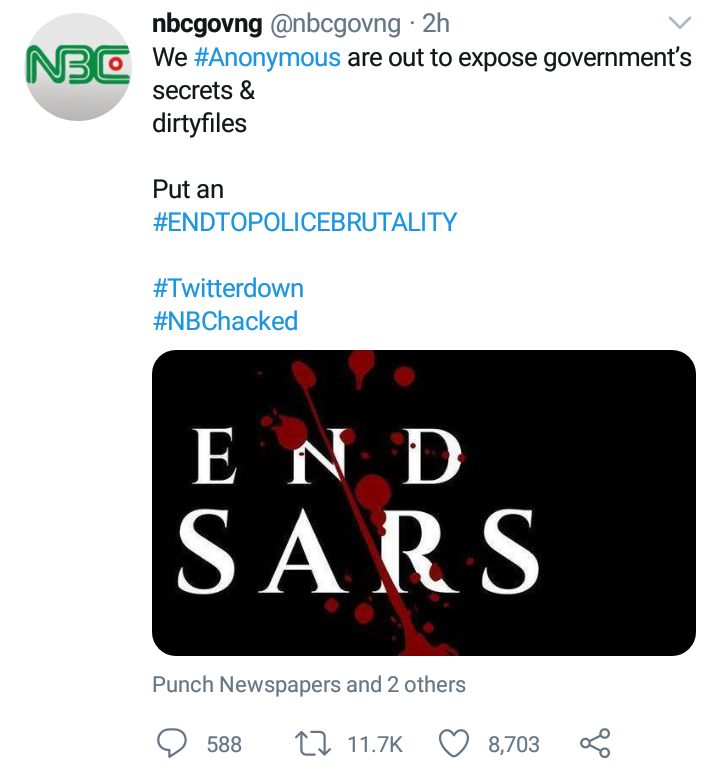 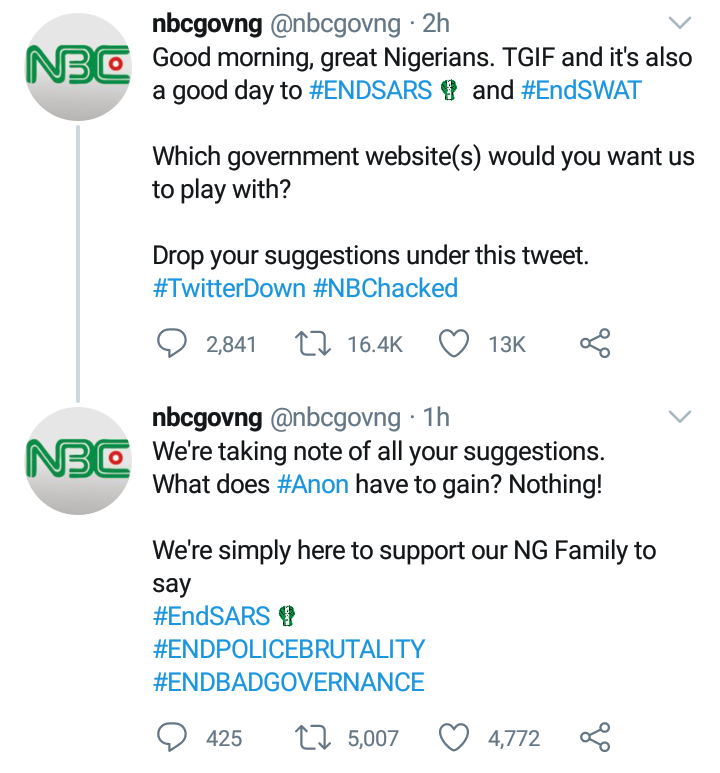 Like Loading...
READ  Nigerians kickoff #EndSWAT campaign after SWAT was setup to replace SARS
Page 1 of 1 Prev Next