Former BBNaija Lockdown housemate, Kiddwaya, has appreciated all the celebrities involved in the #EndSARS movement. The reality TV star went on to confer the hero status on them.

Taking to his Twitter page, he mentions celebrities who have actively campaigned virtually or physically against SARS brutality in Nigeria. They include Peruzzi, Mr Macaroni, Runtown, Burna Boy, Tiwa Savage, Flavour, Wizkid, Falz, and Patoranking. 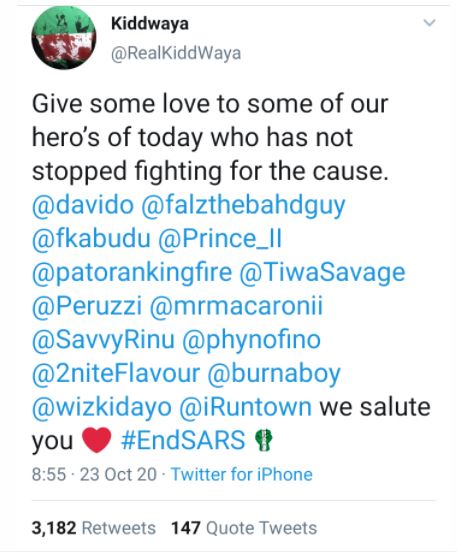