Maleek Berry a Nigerian-British music act, has made the music playlist of football simulation video game published by Electronic Arts.
The song adopted as one of the sound tracks of the game is titled “Zulu Screams” in which he was featured on by American rapper, Gold Link. This is a big news for Maleek Berry as this means he would get to be heard by a wider range of people all over the world and eventually get these people to search for more of his music contents.

However, Maleek Berry however isn’t the only Nigerian on the playlist as Nigerian-British rapper Skepta also makes the list. 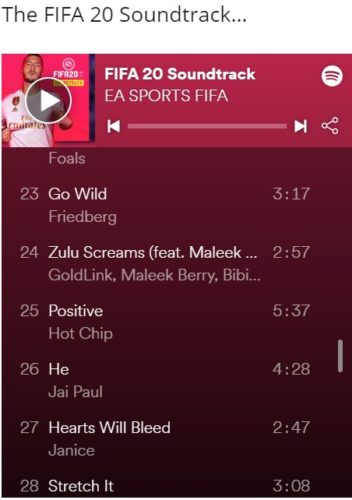 Like Loading...
READ  End Of The Road As Cardi B Files To Divorce Offset, Wants Custody Of Kulture
Page 1 of 1 Prev Next