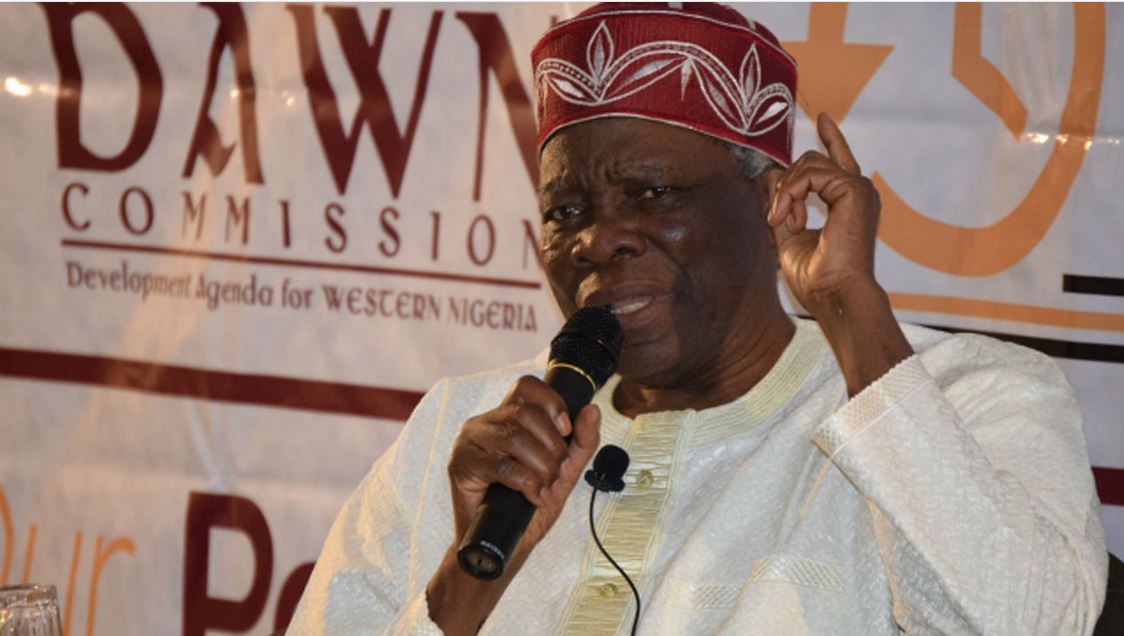 Prof Banji Akintoye, The President of Yoruba World Congress, has expressed sadness, saying it is shameful that Yoruba youths are among Africans trafficked to some European countries  and other parts of the world for modern-day slavery and prostitution.

Akintoye, who said this in an interview with PUNCH correspondent in Ibadan on Sunday blamed the massive migration of Nigerian youths abroad on poverty and absence of youth development programmes.

Akintoye said, “Nigerian young men and women are dying in droves in the desert trying to reach Europe. It is happening all the time and the government of Nigeria knows it.

“Yoruba people are known for  their love for education and an average parent in Yorubaland can do anything to send their children to school up to the university level.

“But it is wrong that we do not have plans for youth development and youth empowerment. We have identified that as a problem and that is why the Yoruba World Congress is doing something about youth development. A state government in the South-West has partnered us.

“The next step after education is youth development but we have failed to do that. That is why we have a big problem on our hand now. It is a shame that Yoruba youths, after obtaining university degrees, are dying in the desert and in the sea while trying to cross to Europe. It is also a shame that Yoruba youths are being used for prostitution and slaves in Europe and other countries.”

Meanwhile, Oyo State Governor, Seyi Makinde, has said the state will ensure the repatriation of all its indigenes found to have been trafficked to Lebanon.

According to a statement by the Chief Press Secretary to the Governor, Mr Taiwo Adisa, Makinde said this while being briefed by the Senior Special Assistant on Diaspora Matters, Mrs Bolanle Sarumi-Aliyu, on the plight of Oyo State indigenes trafficked to Lebanon.

The governor said, “This state will pay for their flights and the fees requested to conduct COVID-19 tests on each of them.”

Sarumi-Aliyu said 40 female indigenes of the state had been identified in Lebanon while the state was going ahead with identification of others to know the actual number of Oyo State indigenes being used as slaves in Lebanon.