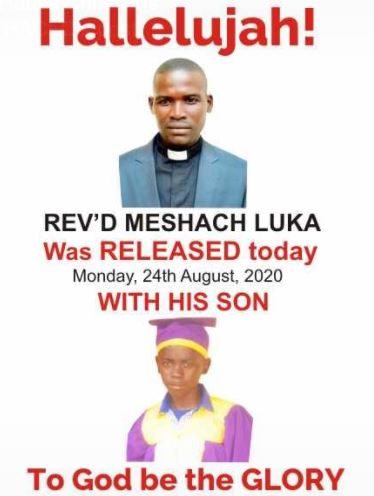 An Anglican Priest and his 10-year-old who were kidnapped in Kaduna in the early hours of Saturday, August 22, have been freed by their captors.

Fortunately, they were released on Monday, August 24, two days after they were kidnapped by gunmen.

The good news was announced by HACFO, Hausa Christians Foundation. The foundation had asked for prayers for the father and son immediately after they were abducted.

The foundation did not state how they were found, neither did they give further details. 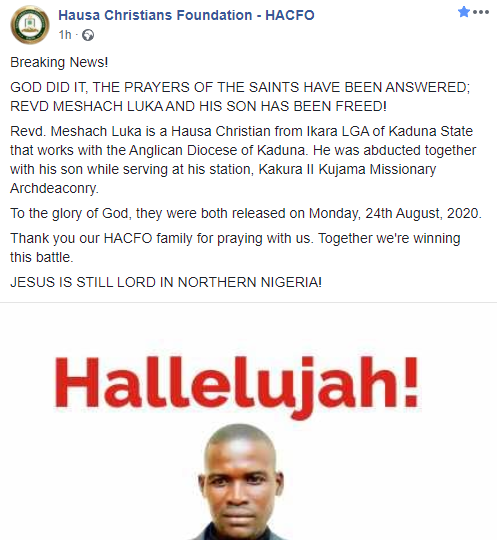