Barely less than 5 days after the release of Aroloye Samuel Ayomide (Koloflow) Mixtape Sleeper, it has began to gain massive download on music platforms.

The mixtape which was released on the 24th of September, 2020 as at 28th of September now has over 38,000 listeners who listened to it on Audiomack, while on Boomplay, it has recorded nothing less than 11,000. 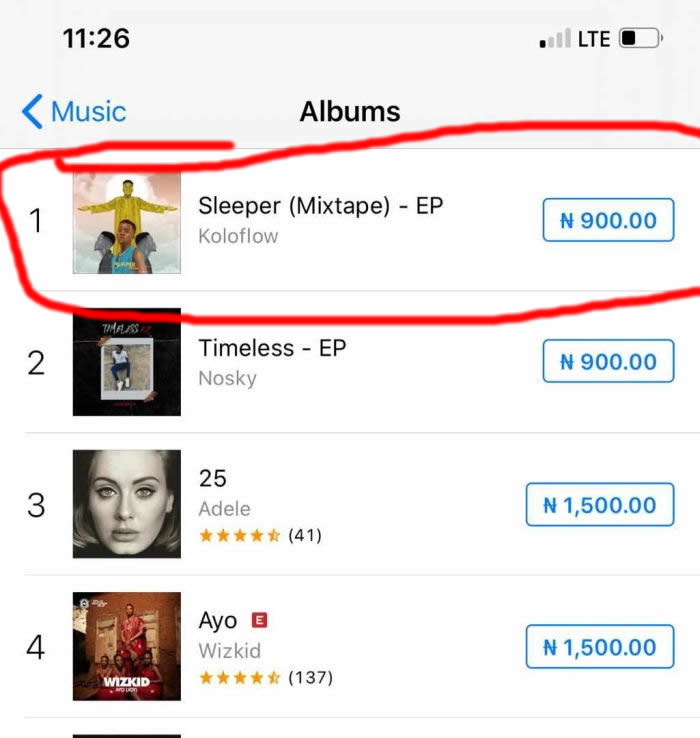 It is also important to note that on the popular music channel, iTunes, it is topping the chart while other songs such as Adele, Wizkid, M.I Abaga, amongst others are following.

This feat is no other than the fact that truly, Koloflow is up for the game and ready to take over.

As the trend continues, the more lyrical content and happy moments songs will be dropping from the act.

Incredibly, Koloflow‘s Sleeper Mixtape is accepted by all!!!

Don’t miss this moment. You can still download and be part of the happy family of Koloflow by downloading the mixtape via link below 👇