Lady says poor people in Nigeria are a terrible lot

A Nigerian lady, Omolola has said that Nigerians are generally wicked people but poor Nigerians need to be feared because they go the extra mile to show acts of wickedness.

She stated this while reacting to the sad story of the 26-year-old Covenant University graduate, and his neighbor who was interested in the car he just bought recently.

“The poor in Nigeria is a terrible lot. Nigerians, in general, are wicked people, but you see the poor people you help financially and are nice to? Just be careful. Even if you are middle class and you don’t think you are the target. Be nice for your own sake but don’t ever forget.”, she tweeted 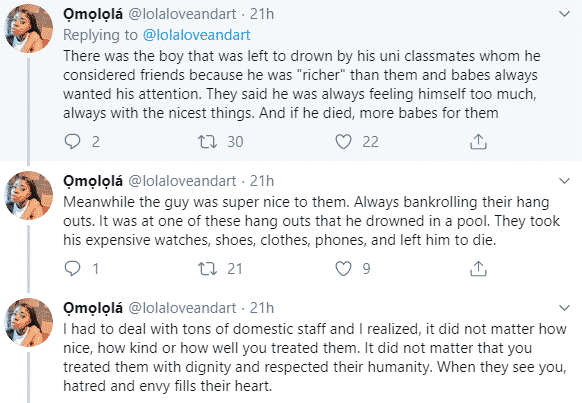 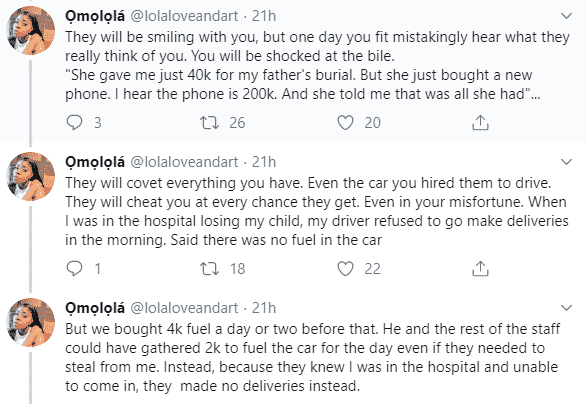 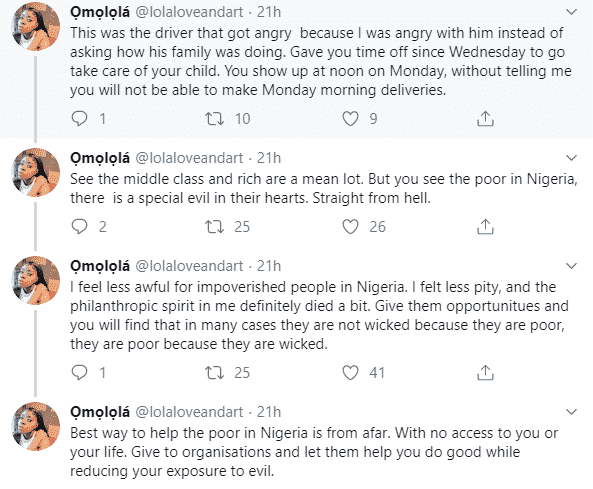 Prev postNext post
Use your ← → (arrow) keys to browse
READ  US vs Iran: Trump Makes U-Turn On Attacking Cultural Sites
Page 1 of 1 Prev Next