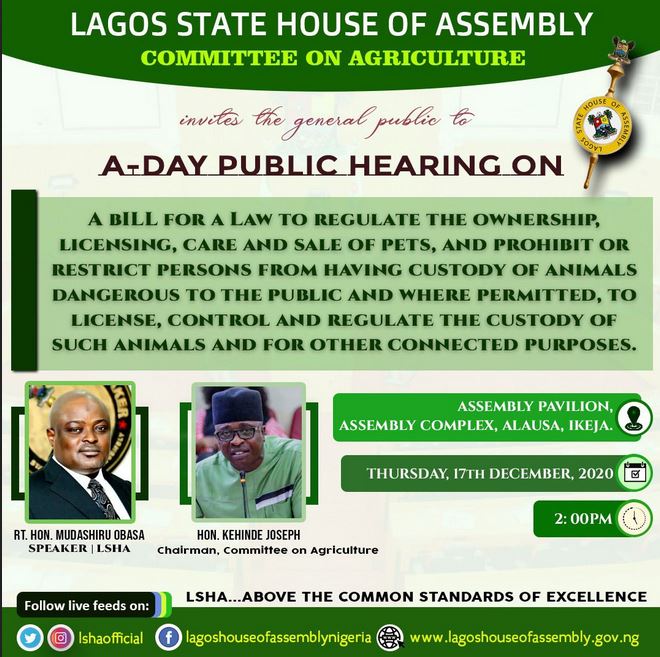 The Lagos State House of Assembly on Thursday, November 17, held a public hearing on a bill to regulate pets ownership.

The bill which has 32 sections, seeks to establish a licensing and investigating unit in every local government and LCDAs in the State, for the issuance of licenses and ensuring the welfare and well being of animals.

“A Bill for a law to regulate the ownership, licensing, care & sale of pets, and prohibit or restrict persons from having custody of animals dangerous to the public & where permitted, to license, control & regulate the custody of such animals”

Like Loading...
READ  Nigerians Blast Buhari for Allowing Only Dangote Resume Cement Exportation Despite Border Closure
Page 1 of 1 Prev Next