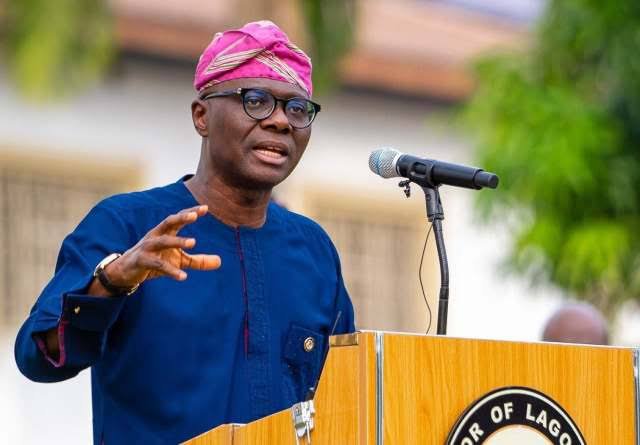 Several chilling reports have trailed the shooting and killing of peaceful protesters at the Lekki Toll Gate in Lagos yesterday.

Recall we earlier reported that TVC, a station in Lagos owned by the APC chieftain Bola Tinubu was set on fire.

In a related development, it was gathered that a building in Surulere, which allegedly belongs to Governor Babajide’s Sanwo-Olu’s mother, has now been set ablaze by an angry mob.

Sanwo-Olu who announced a 24hour curfew yesterday has been accused by some Nigerians of giving orders to the soldiers who shot and killed unarmed protesters at the Lekki Tollgate.

However, Sanwo-olu while addressing citizens of the state this morning stated that “No sitting governor controls the activity of the military”.

He also claimed that there was no causality from the attack on peaceful protesters by officers of the Nigerian Army.