Laycon fans who were seeing him for the first time were very excited as they even blocked his vehicle from leaving.

They kept hailing him and shouting out his name. Laycon has no choice but to show his face to them and start to return their greetings.

The crowd was overwhelming but Laycon was shaking the hands of fans close to him while his body guards were preventing the crowd from blocking the vehicle. 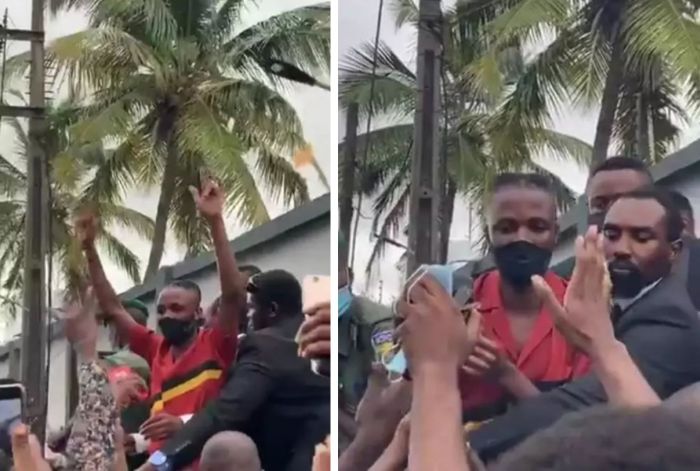 Watch the Video below:-

Big congratulations to Laycon as he received his 30million naira cheque and Car today.

Don’t lose hope in anything you do, anybody can blow 😀

Popular Radio Peronality, Toolz Oniru-Demuren, has reacted to the level of loyalty BBNaija winner, Laycon has gotten from his fans.

According to Toolz, Laycon’s fans, who are known as ICONs, would do well if they formed a political party.

Over 900 million votes during the seasons #BBNaija!!!! And a good percentage went to Laycon. Laycon fans would do well if they formed a political party. 🙌🙌