Controversial Nigerian journalist Kemi Olunloyo has advised Nigerian celebrities to flee the country as many of them will be arrested before the end of the week.

According to her, most of the Nigerian celebrities will be arrested in a joint operation by the Police, Army and DSS, by the end of the week over their involvement in the EndSARS protest and the Lekki tollgate shootings. 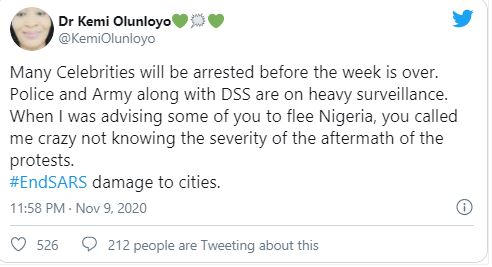