Photos of a Nigerian man, DJ Kaka, whose twin brother was reportedly killed by SARS officers, has gone viral on social media.

DJ Kaka, a Computer science graduate and a masters degree holder, schooled in Ghana and has been subjected to SARS brutality severally since he returned. 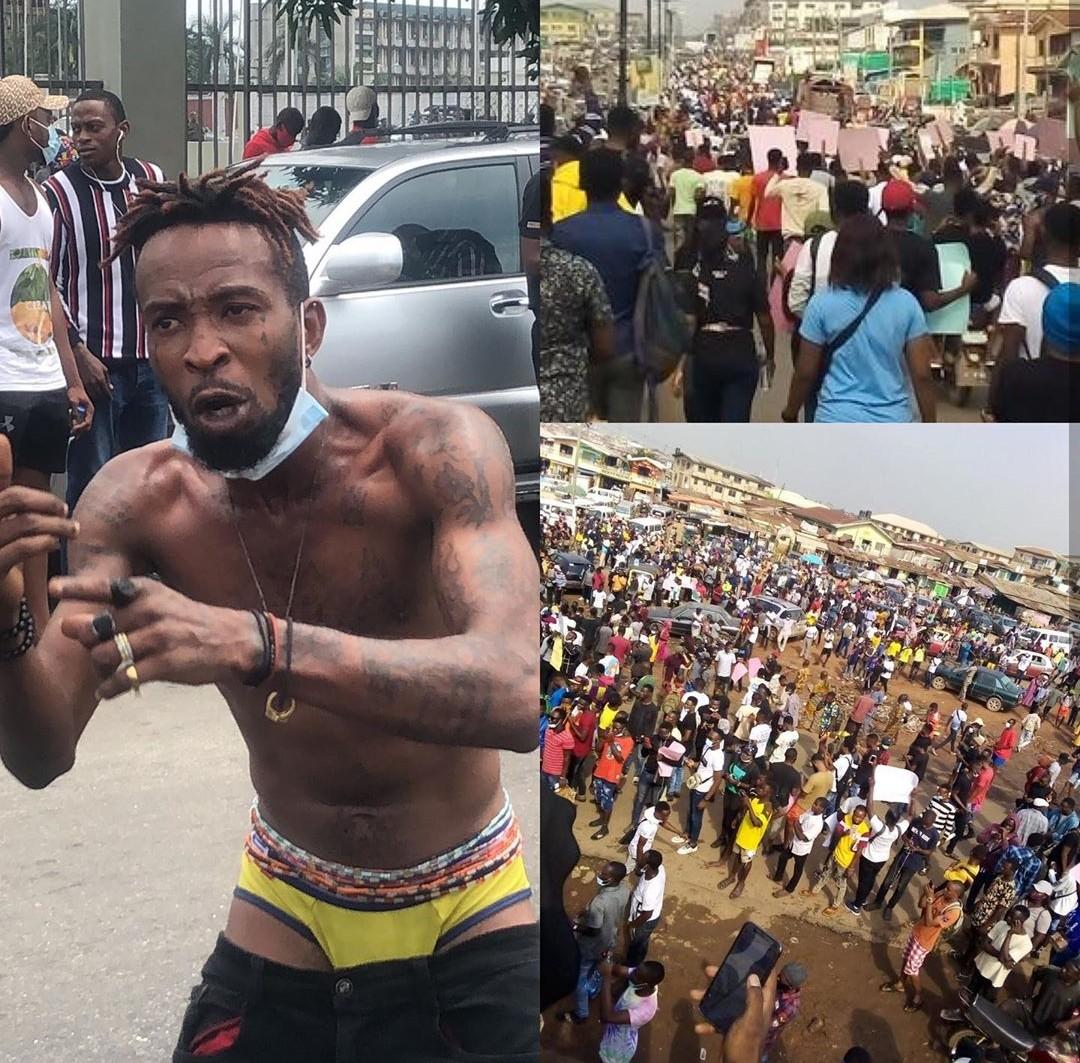 During the protest in Port Harcourt, he appeared so haggard and many “anti-protest” agents were sharing his pictures all around with the caption, “I heard he’s a protester too.”

However, the young man who was seen protesting at Onunu part of Port Harcourt, Rivers State capital, was actually a victim of Special Anti-Robbery Squad (SARS) gross misconduct.

Sharing his sad story, he recounted how he got back from Ghana with his twin brother who has later killed by SARS officers. He was arrested and kept in prison for months. His iPhone was also seized.

Masters degree holder, DJ Kaka shares sad story of how his life changed after SARS killed his twin brother and made him spend months in prison. . . Follow @mediagist for more exclusive updates.