A Nigerian medical doctor has narrated a chilling story of how he saved the life of an armed robber who robbed him and almost shot him. 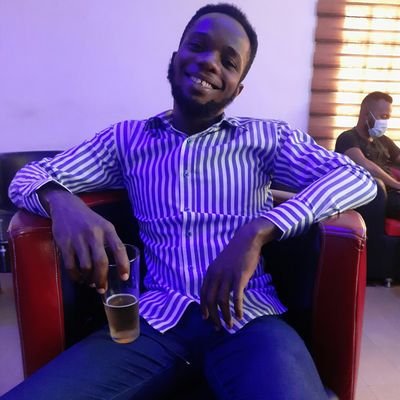 The Doctor said he was robbed by some suspected cultists on his way back from night shift and his valuables were taken.

He revealed he was terribly beaten after they collected his wallet containing about N6,000. They also cocked their guns and threatened to shoot him if he doesn’t release his smartphone to them.

According to him, the next day, a patient with gunshot injury was rushed to the hospital where he works around 4am and behold it was one of the armed robbers who dealt with him the previous night.

He tweeted, “I once worked in a hospital in Lawanson, Surulere. One evening around 9pm, I was on my way home when two men intercepted me. It happened around Boluke Pharmacy by Otunba bus stop. The light was bright and people were passing by but nobody stopped.

They showed me a pistol and asked me to bring my phone and all my belongings. There was no way I was giving out that phone. That was the very night I was expecting a text message that could change my whole.

They cocked the gun and threatened to shoot but I stood my ground.

They took my wallet. Luckily I had left my debit cards in the hospital at the suggestion of one of the nurses on night duty. The wallet contained about 6k. They hit my head and dealt with me severely then left.

When I crossed the road, a small group of sympathizers had formed just observing from afar..”Ehh Doctor, sorry o. They collect your phone?” They were so surprised when I told them they didn’t get my phone.They even doubted me. “Ehh Doctor touch your pocket. You sure?”

Then they started advising me. If you wan waka this kind time cross to this side. You see say that pharmacy side dey lonely.

I had to go back and sleep in the hospital cos I didn’t see myself doing corporate begging.

Cult fights erupt in Aborishade at least 3 times in a week.

It was so bad that residents around came to beg my MD that when it’s 1 a.m, we should switch off the hospital generator so that when gunshot sounds, they can hear and lie down on the ground.

That night was one of them. I don’t want to talk about how myself, the nurses and the patients all lay on the floor. It was a very long night.

The interesting part is that at about 4 a.m, a patient was rushed in with a horrible forearm gunshot injury. He had bled till he was just hanging on a thin line. I rushed over to intervene.

READ  After 14 Days Of Marriage, Nigerian Man Shares His Experience

There was an indication for blood transfusion so I gave him one pint of blood.

I saved his life not because of him but for the Hippocratic Oath.

When he was discharged, he couldn’t look at me. I told him I had forgiven him. 2 days later he brought back my wallet with 6k inside.

I later learnt that the attack that day was not an individual attack but a gang attack. The first day I entered, intel had reached them that a new Doctor had come.

I was never attacked again since that day. Anytime I walked past you would hear,

It happened throughout the street. At a point it felt like everybody in that street was a cultist. PUNISH THEM WITH KINDNESS!!!”

PUNISH THEM WITH KINDNESS!!!