Twitter user, John Olih, has called out his father who kicked him out of the house because he went out to protest against SARS brutality.

According to John, his father had warned him not to leave the house to protest against SARS, but he couldn’t adhere to his dad’s warning because he badly wanted to protest. 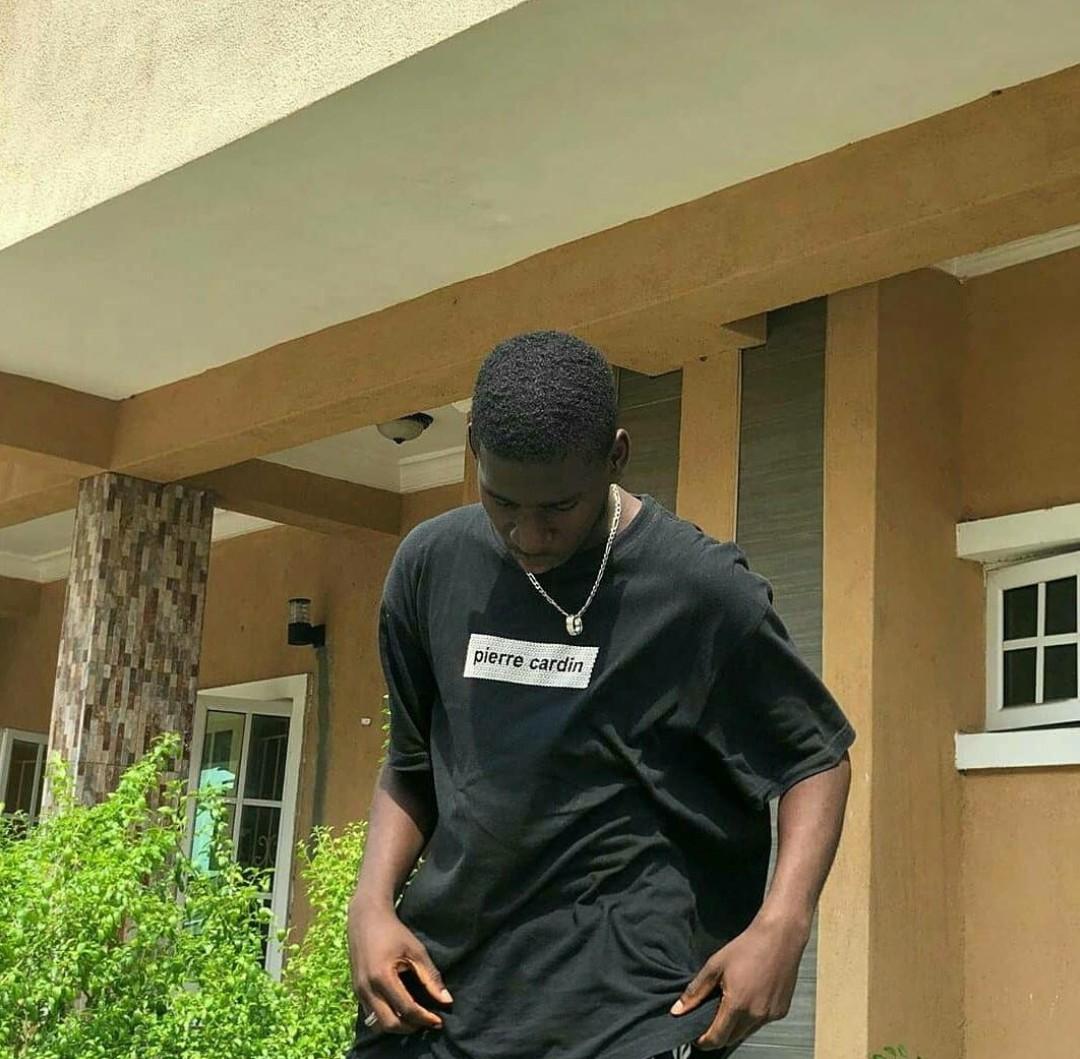 He left the house and joined other protesters, only for him to come back home and get kicked out by his father.

“My dad just kicked me out it his house for disobeying him and going to the protest lol
We move”, he wrote. 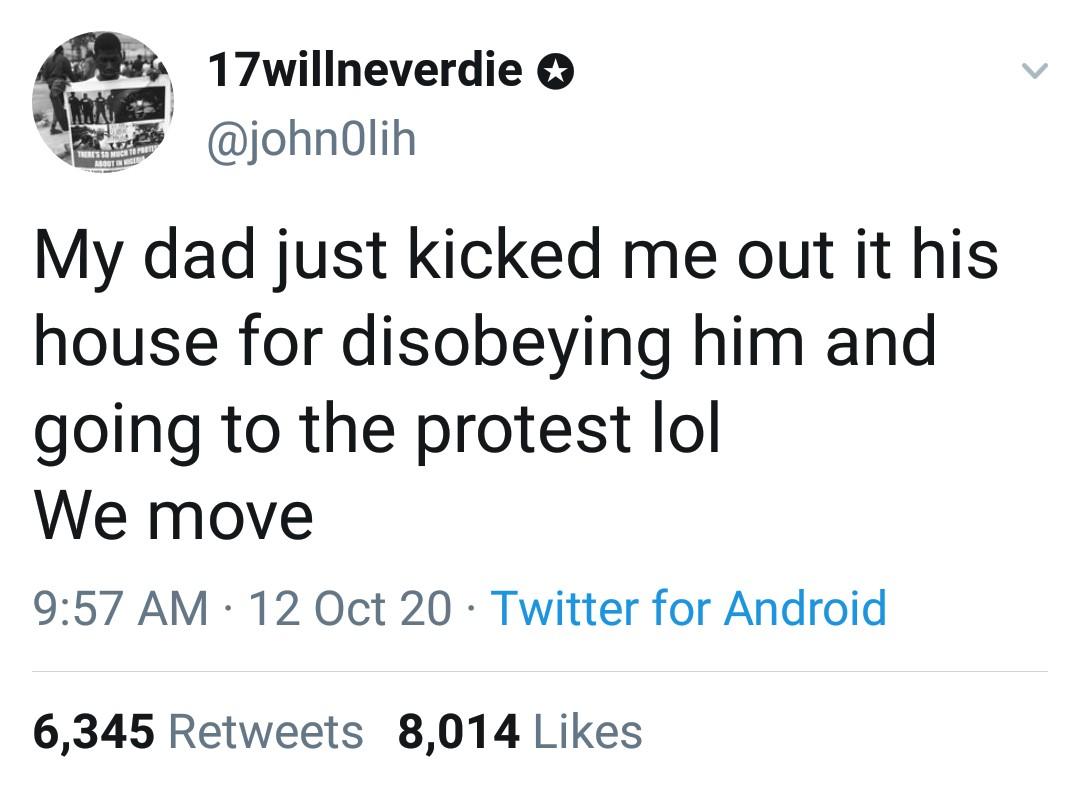