Simeon Slammed Davido openly on Twitter, saying that the the superstar is broke and was unable to afford the latest iPhone 11 Pro.

Simeon twitted today to attack Davido, alleging that the singer is really broke at the moment, that’s why he’s still using the old brand of iPhone. 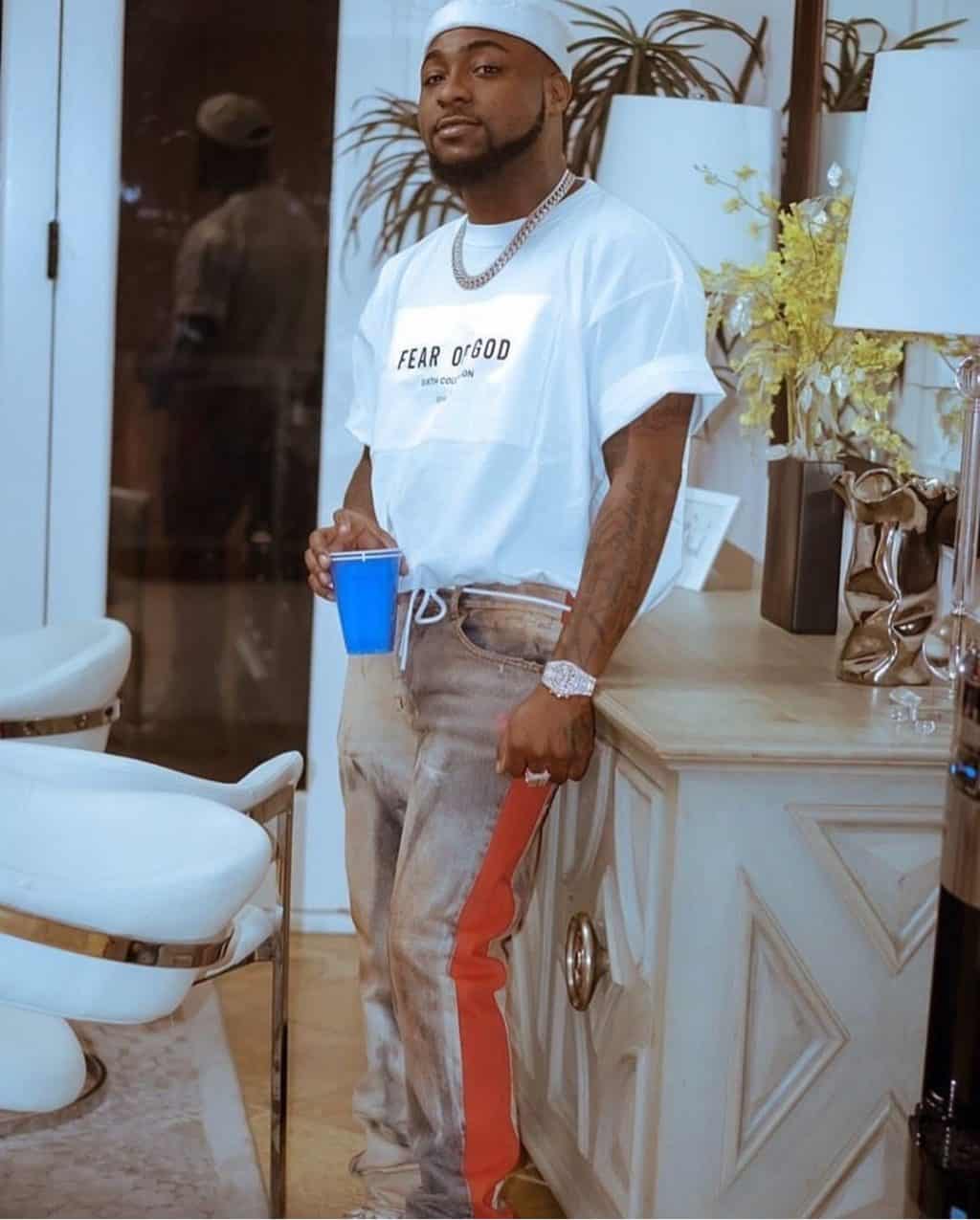 In line with the previously launched iPhone X, Davido took all his squad shopping and gifted them with a piece of the Notch-phone, thanking them for being loyal to him over the years.

So Since the new brand of iPhone arrived, Davido hasn’t shown off the product yet and the young man is of the notion that Davido is broke. 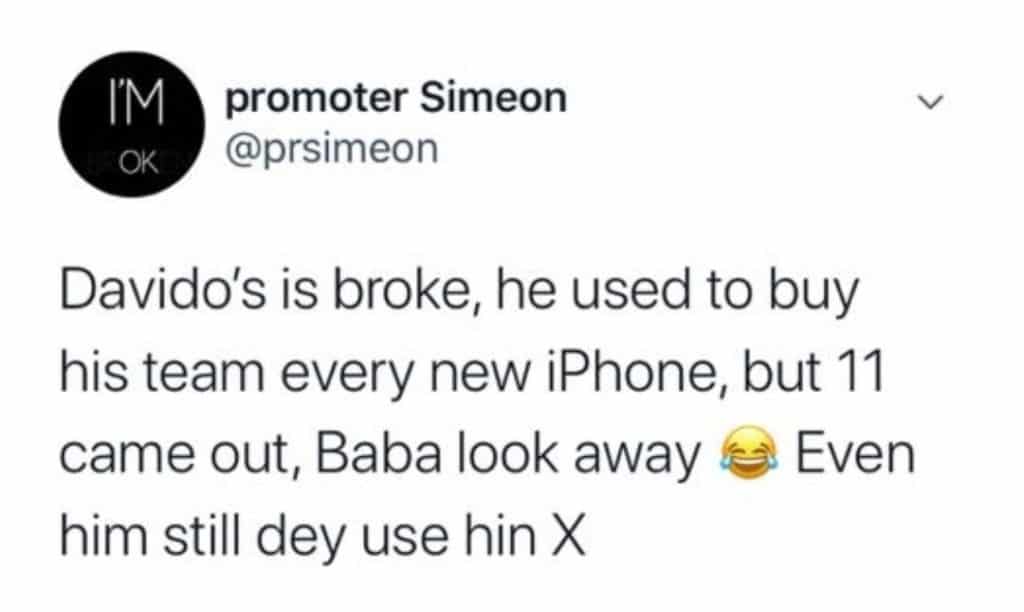