It seems Rema is pulling Kanye West vibes (PR STUNT) on Nigerians. Well, let me not conclude yet.

Who Is Rema?
Divine Ikubor professionally known as Rema, is a Nigerian singer, songwriter and rapper. In 2019, he signed a record deal with Jonzing World, a subsidiary of Mavin Records. He rose to prominence with the release of the song “Iron Man”, which appeared on Barack Obama‘s 2019 summer playlist.

Lately, the 20-year-old young star started to unveil some deep thoughts and revelation of what is happening in the Nigeria music industry, how his fellow Artiste doesn’t like him and want his downfall because he’s a child, how PDP contributed/responsible for the death of his father and a lot more.

These got Nigerians worried and wondering what’s going on with the “Iron Man” Rema. Some people said dude is truly depressed and need urgent help, while some assume he’s pulling a PR stunt on his fans.

See some of his tweets below 👇 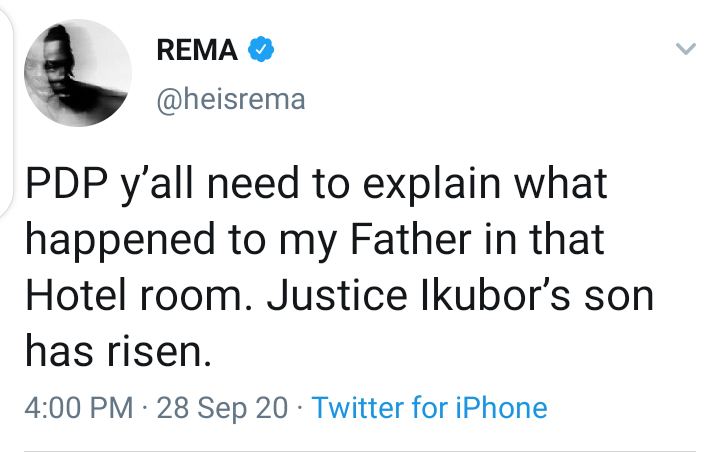 So guys after going through the above tweets by Rema, what’s your take on this?