Political and financial analyst, Oluwa Tobi has raised alarm on Twitter after being threatened by Zlatan Ibile.

Zlatan Earlier today with Tobi had an altercation after Tobi tweeted that the musician is fond of releasing stupid songs, and he wouldn’t be surprised if he releases a song out of the recent ‘sex for Mark’ incident.

Tobi‘s statement got Zlatan pissed off so he fired back at him, calling his father ‘dumb‘.

Tobi still pushed the matters further by calling the musician an ‘agbero‘ and alleging that he is an empty brain who would never make it in the industry.

presently, the matter has escalated further as the musician openly issued him a death threat, warning him to watch his words before he joins his father in his grave.

READ  Zlatan Cries Out For Fans To Buy Him The Latest IPhone Worth Over N600,000

Tobi, scared by Zlatan‘s threat began to plead with him and he raised an alarm; Should anything happen to him, Zlatan is responsible.

See their tweets below; 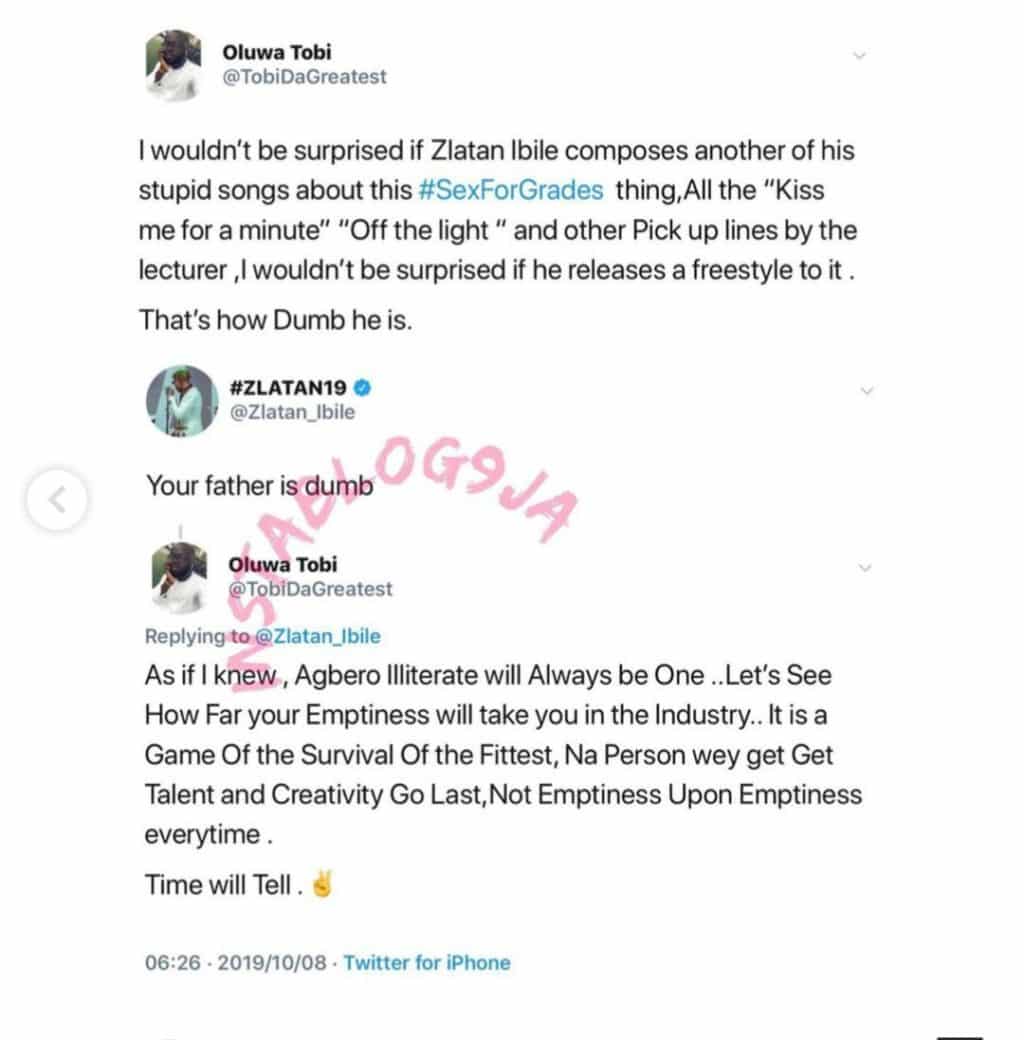 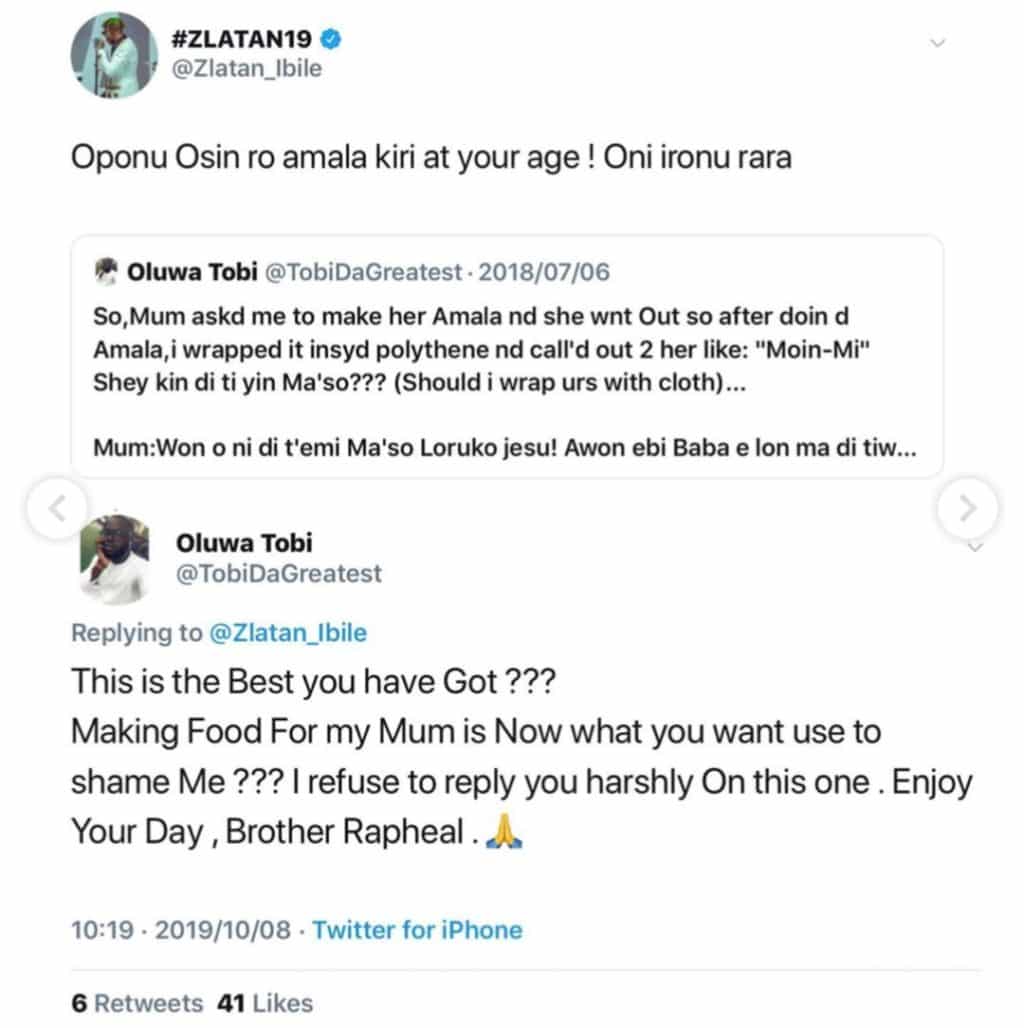 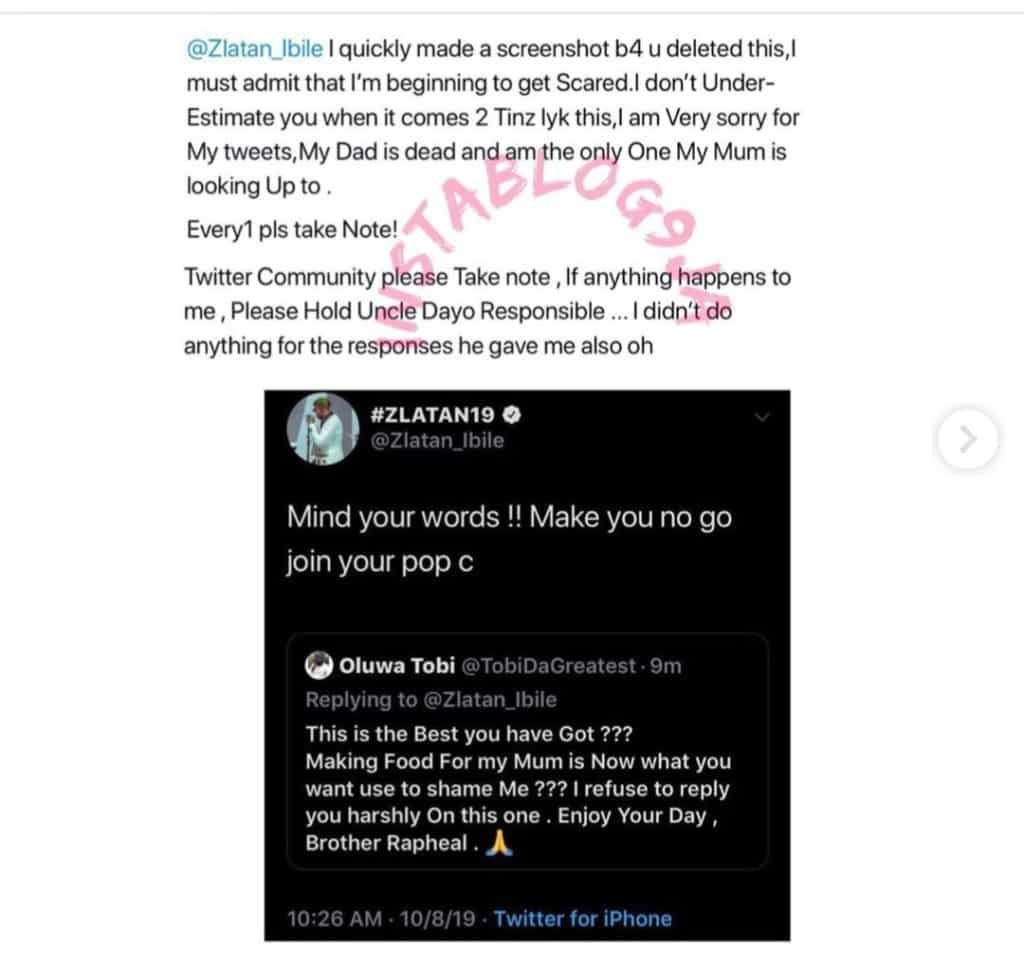