The six-time Formula One World Champion who is widely regarded as one of the greatest drivers in the history of the sport, and considered by some to be the greatest of all time has joined the plethora of international celebrities to express love for Wizkid’s captivating album. Lewis showered the album with accolades via his Instagram story adding that the project is his new favorite album. He wrote: “This is my new fav album!! @Wizkidagp you went of on this one” 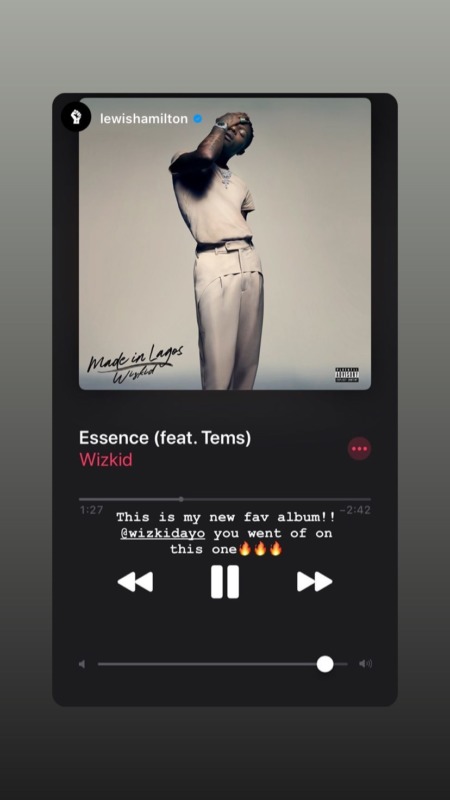