Rema Slams man who said his voice is drawing like ‘Ogbonno’

Mavin Records singer, Rema has replied a Twitter user with the handle @badniggafela who is finding it difficult to understand his music. 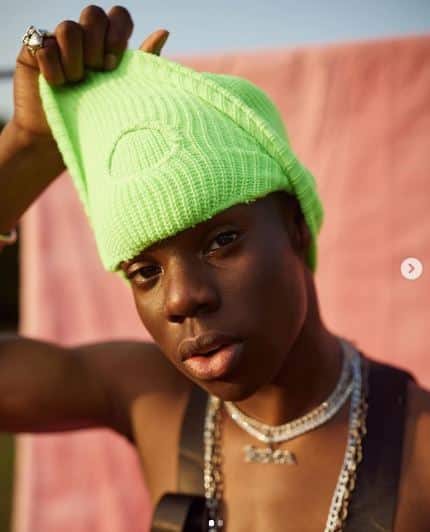 “Rema really needs to start speaking and singing for real an not drawing voice like Ogbonno in his songs. Took me a while to understand all he said in IRON MAN”.

However, Rema quickly responded to his criticism by reminding him that the same song was ‘loved’ by Barack Obama. 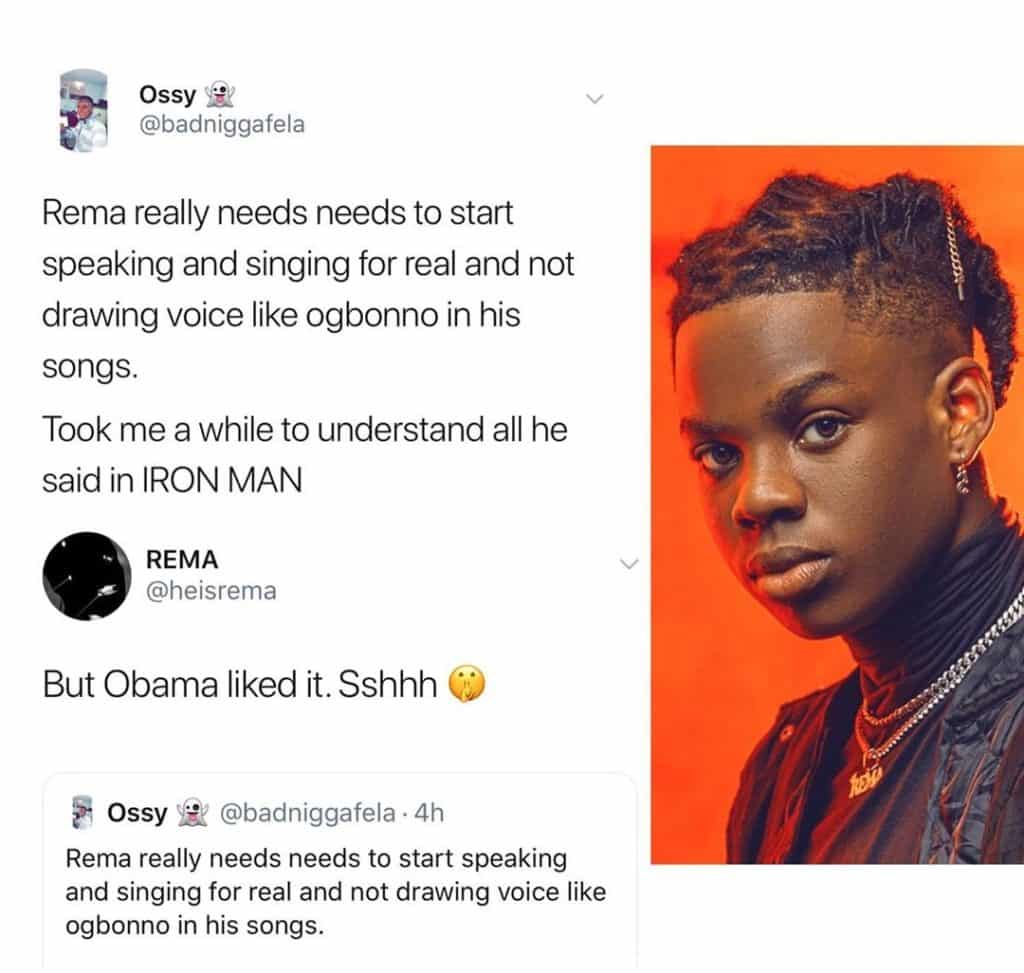 Prev postNext post
Use your ← → (arrow) keys to browse
Loading...
READ  Check Out 10 Nigerian Artistes With The Largest Following On Instagram (Photos)
Related ItemsRema
← Previous Story Wizkid Reacts To Teni’s Fall: “Please don’t kill my baby for me o!” Video
Next Story → This Is Outrageous As Regina Daniels slaps her mother