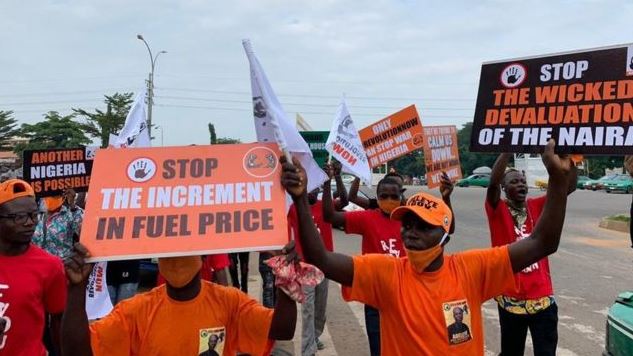 The Coalition for Revolution (CORE), the organisers of the #RevolutionNow protest have called for a nationwide protest on October 1, Nigeria’s Independence day.

According to the protest organizers, the nationwide protest will be against poor governance in Nigeria as they will be demanding a reversal of “anti-people policies implemented by the President Muhammadu Buhari-led administration.”

“These harsh policies that have bored a burdensome hole into the pockets of the Nigerian people are coming at a time when citizens are recovering from the adverse effect of the COVID-19 pandemic, a global health crisis that was also mismanaged by the Buhari’s government further plunging already struggling citizens into deeper financial problems.

“It also comes at a time when there is an unprecedented dictatorial-style crackdown on free speech, dissent, activism, journalism and the right to associate and congregate peacefully and protest.

Amongst its demands, CORE clamoured for the reversal of the hike in the price of petrol from N148 to N151, an end to” “state-supervised and approved impunity under the watch of President Muhammadu Buhari” and the sacking of all service chiefs in the country due to their “proven incompetence in finding a lasting solution to the Boko Haram insurgency which has claimed and is still claiming the life of Nigerians daily.”