The popular BBNaija reality show is over and organizers have released official figures revealing how much housemates got.

Big Brother Naija, formerly known as Big Brother Nigeria, is a Nigerian reality competition television series, based on the Big Brother television franchise, in which 12 to 21 contestants live in an isolated house and compete for a large cash prize worth 85,000,000 Nigerian Naira , and other material gifts, at the end of the show by avoiding being evicted from the house by viewers.

The first season of the show first aired on M-Net and DStv Channel 37 from 5 March to 4 June 2006. The voting results were verified by the auditing company of Alexander-Forbes.

Per the list, finalist, Vee got the highest amount while in the house. It is was followed by her best friend, Laycon and it seems although she didn’t win the competition, at least she is now a millionaire. 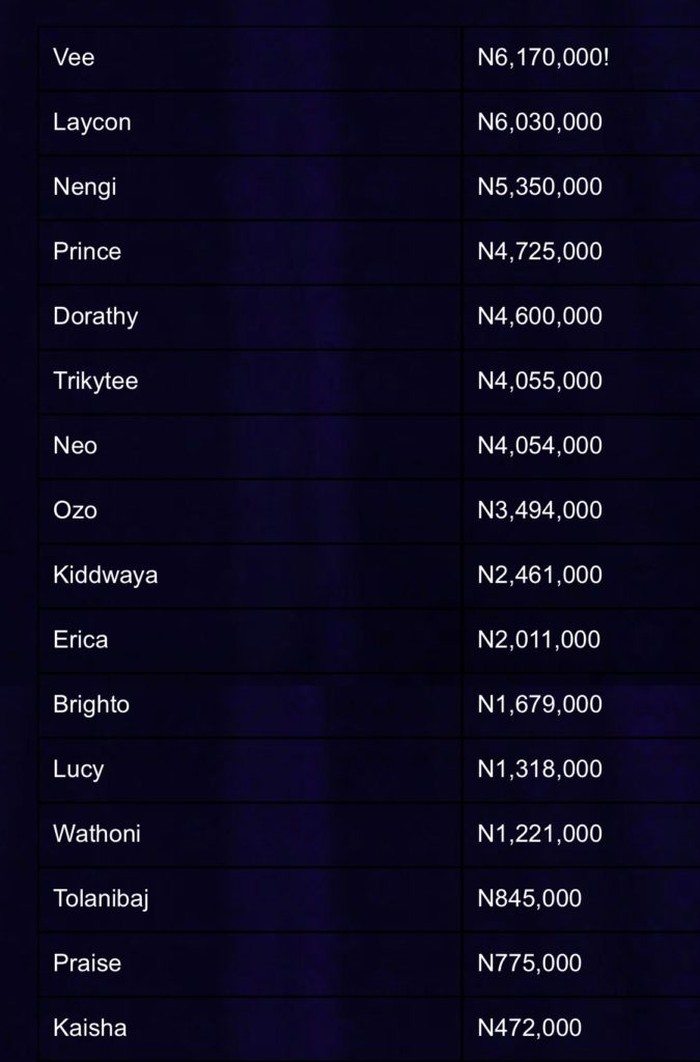