Nigerians on Twitter have extended the exchange between Burna Boy and Sowore to popular rapper, Falz.

This is owing to the latter’s social consciousness in his songs coupled with the fact that his father is a SAN and Human Rights Activist.

Naijaloaded earlier reported that Burna Boy refused Sowore’s Twitter call to join his planned protest scheduled on October 1. The singer told the activist that he does not trust any politician, of which Sowore is one.

Falz has now been brought into the conversation. A user with the handle @YorubaBoy_ tweeted:

“Falz is more of a Fela than Burna boy. you can’t even argue that!” 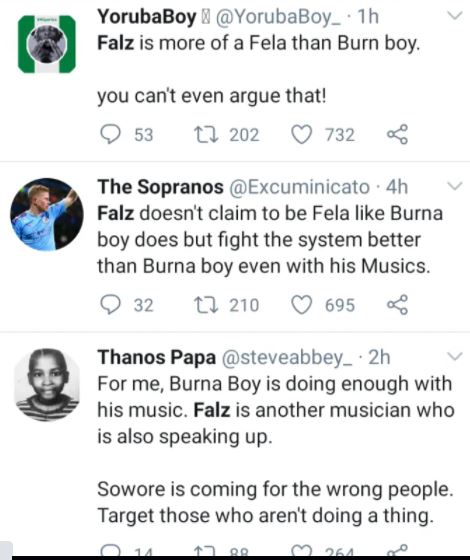 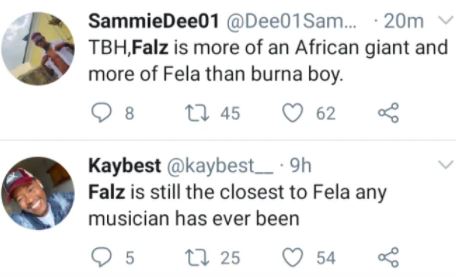