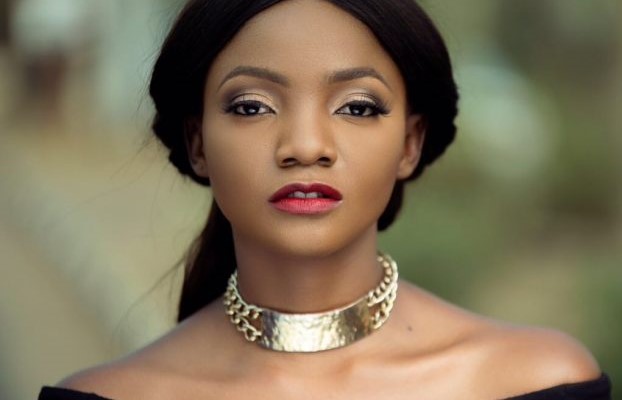 Nigerian singer, Simi has announced that her first single “No Longer Beneficial” would be released this Friday.

Simisola Kosoko (née Ogunleye; born April 19, 1988), better known by her stage name Simi, is a Nigerian singer, songwriter and actress. She started her career as a gospel singer, releasing her debut studio album in 2008, titled Ogaju. She gained prominence in 2014 after releasing “Tiff”, a song that was nominated for Best Alternative Song at The Headies 2015. Simi signed a record deal with X3M Music in 2014, but left the label in May 2019 following the expiration of her contract. She released her second studio album Simisola on September 8, 2017. Her third studio album Omo Charlie Champagne, Vol. 1 was released to coincide with her thirty-first birthday on April 19, 2019. She launched her record label Studio Brat in June 2019.

It would be recalled that a few months ago, just before she gave birth, Simi shared a video of her husband, Adekunle Gold encouraging her to drop an EP called “Restless II“. The EP judging from Adekunle’s hype seemingly houses tracks that are quite different from what she puts out would be released soon.

Simi who is still enjoying the success of her hit single “Duduke”  just signed a new deal with Apple Music’s Platoon yesterday. Taking to her Instagram page, she revealed that the track titled ” No Longer Beneficial”  which is the first single off the forthcoming EP would be released soon.