Recall that yesterday, Laycon‘s fans “Icons” and social media trolls alike took to Twitter to drag Erica after Laycon revealed his genotype is SC which implies he has sickle cell.

Erica’s team then went at war with Icons on Twitter; it was indeed a war of Twitter hashtags as both camps pointed accusing fingers at each other.

Erica’s fans have now dug out old video Teni made at the beginning of this year’s BBNaija show, in which she referred to Erica as “Omo Igbo” and alleged that Laycon was under Erica’s “spiritual love attack.”

Elites now find the video to be ethnic crisis-driven, tribalistic and offensive, and many people are now calling out the singer for allegedly fueling ethnic wars.

Watch the video below:-

See some of the comments below:- 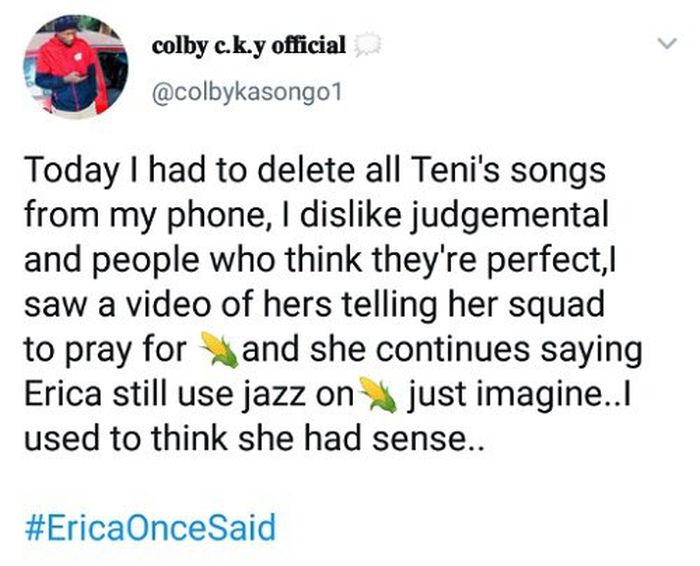 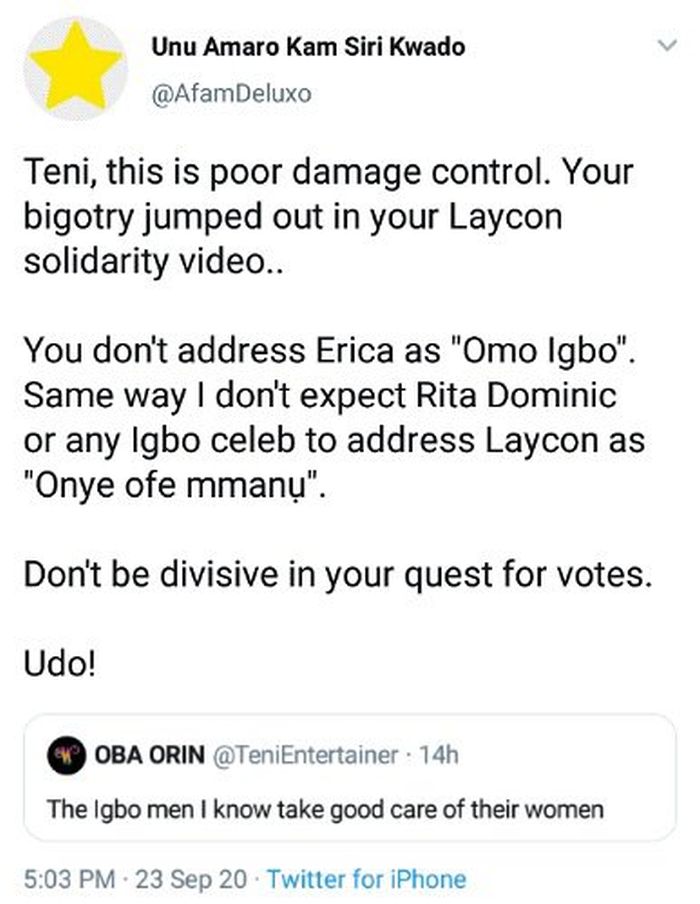 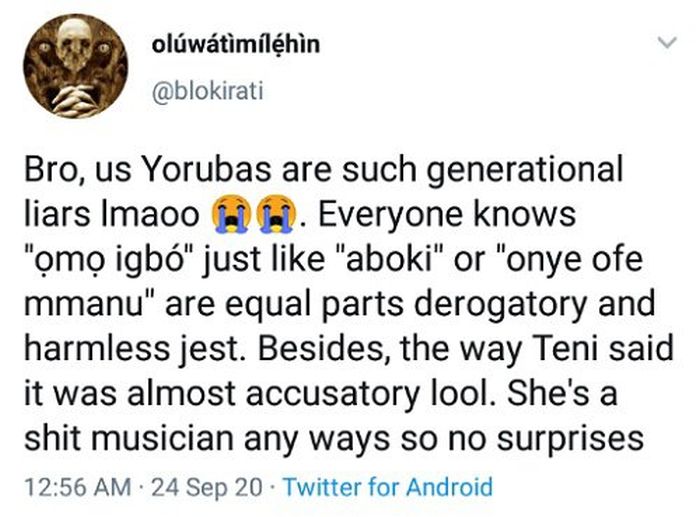 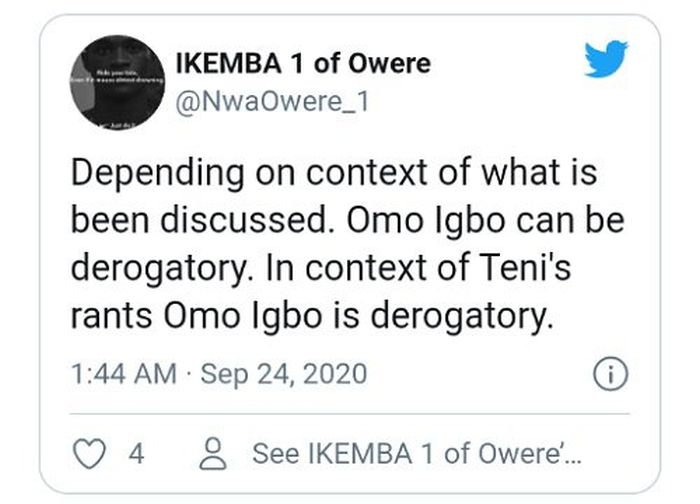 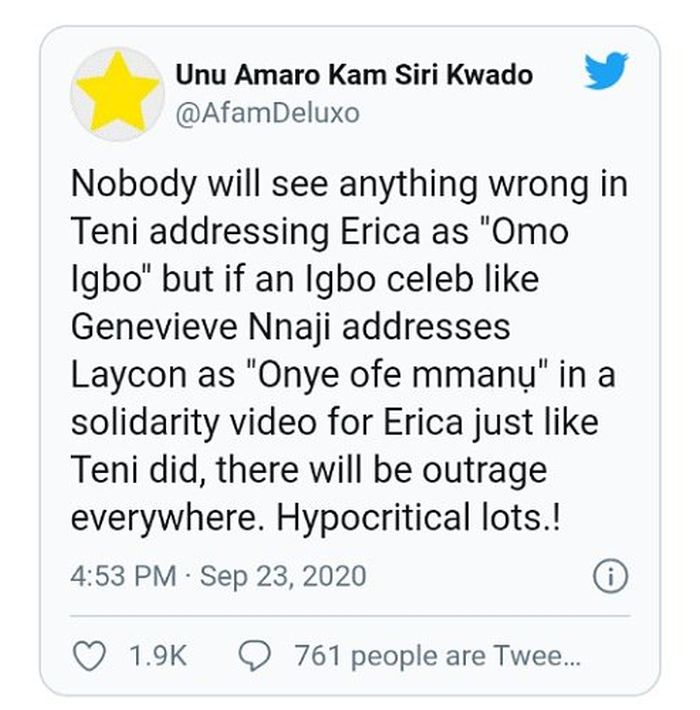