A video making the rounds on social media has captured the moment a Nigerian soldier used scissors to cut a man’s hair in Peere, Ibadan.

Reports gathered that the soldier allegedly harassed and extorted money from him before he picked up scissors to cut his hair. 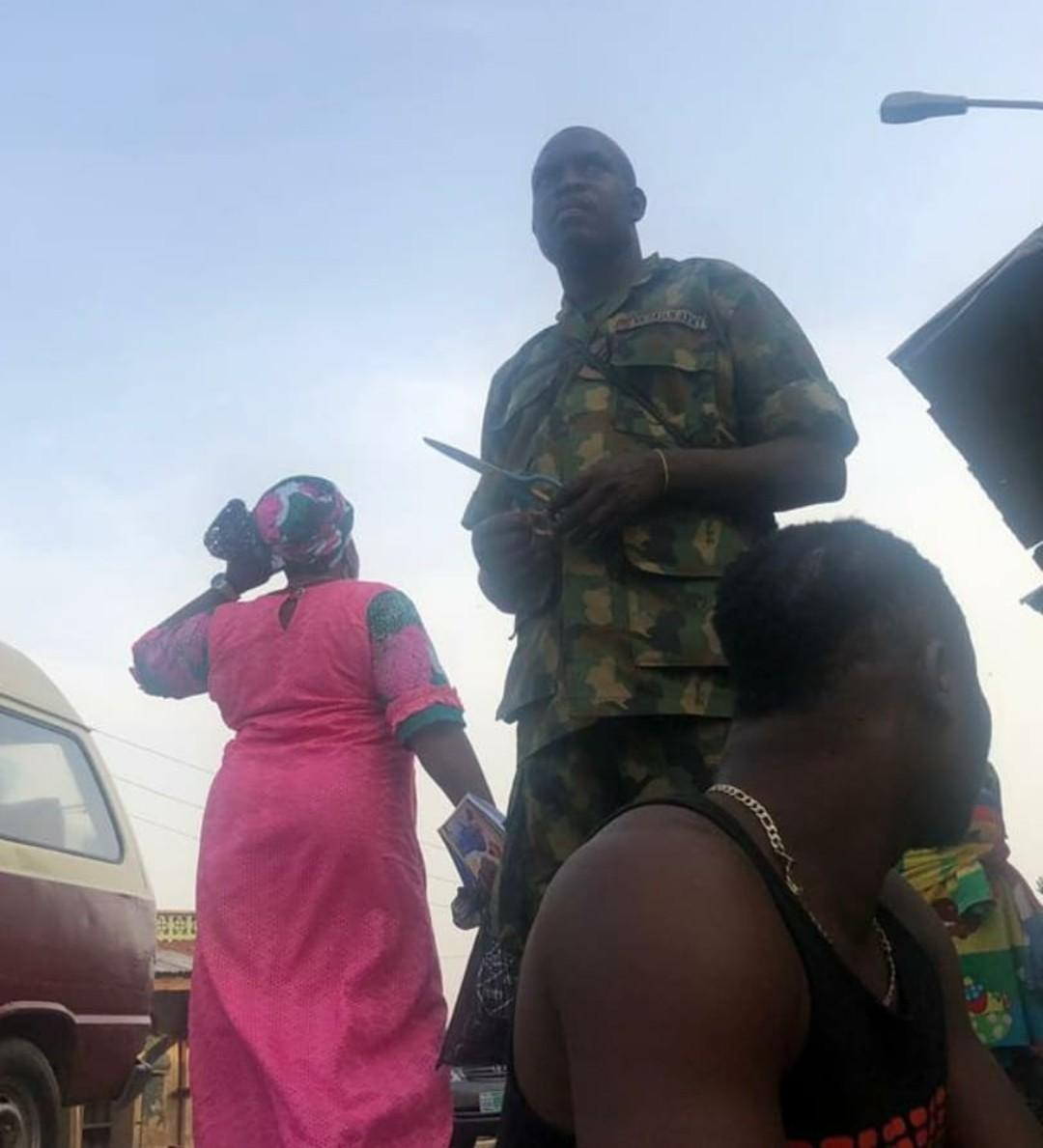 In the video which is currently going viral, the young man was seen sitting on the bare floor, as the soldier grabbed scissors to cut off his hair.

The video has sparked outrage on social media with most Nigerians condemning the act, especially after the series of protests against brutality and harassment.

Like Loading...
READ  Horror! Trailer Falls On A Car At Cele Bus Stop, Lagos (Photos)
Page 1 of 1 Prev Next