Jahswill in a recent tweet, hailed Wizkid over the numerous awards he has bagged, noting that the only award the singer hasn’t won is “best female artist” award.

Wizkid became the first Afrobeats artist to appear in the 2018 Guinness World Records for his contribution to ‘One Dance.’

Internationally, he became the first Nigerian artist with a Billboard Hot 100 No. 1 single when he featured on Drake ‘s ‘One Dance’ alongside Kyla in 2016. 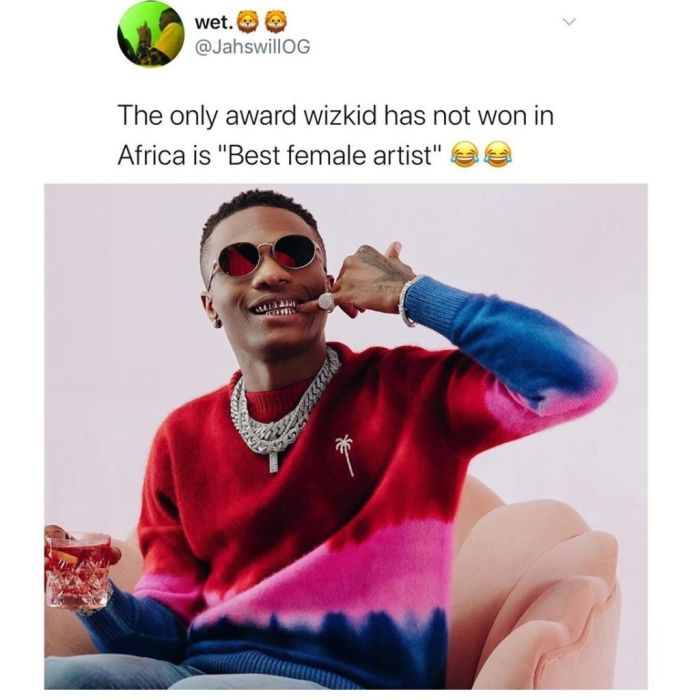