Self named Instagram drama queen Tonto Dikeh is celebrating five miliion people following her on Instagram….She says she does not know most of the celebs around,says she does not do clout and heaps loads of praises on herself……….

She also named herself ”Mrs A” 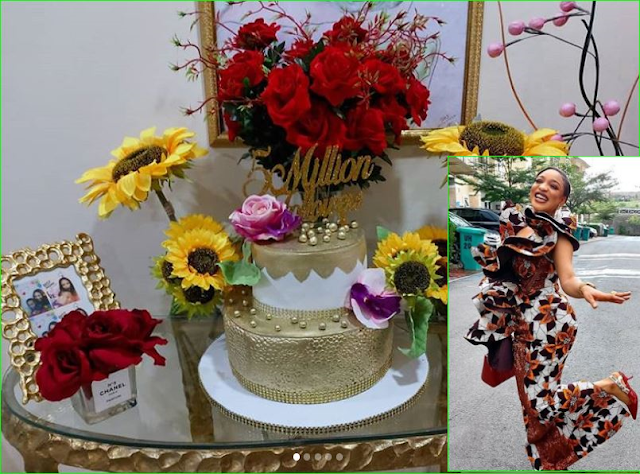 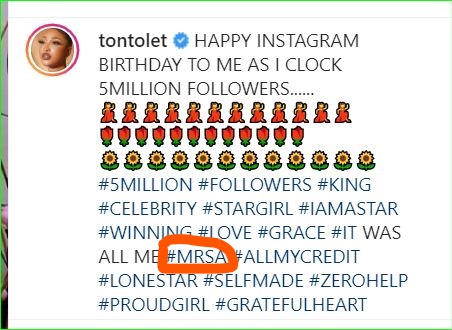 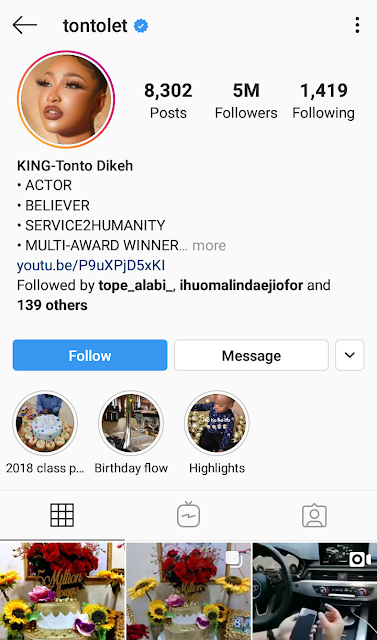 Most controversial they say..
Not been in a movie in years they say..
Most criticized, they say….
How does she make her money, they say..
Why is she still surviving, they say..
She Has less endorsement than her Mates, they say…
BUT JUST BUT IN ALL I AM STILL WINNING..
#5MILLION followers Woow I most be doing SOMETHING RIGHT THEN…
#I DIDNT MARRY A CELEBRITY TO GAIN MORE FOLLOWERS,I DONT KNOW 99% OF YOUR CELEBRITIES(AN hardened introvert) so I have never tapped into an artist fan base to grow,NEVER…
I DONT HAVE ANYONE SUPPORTING AND HELPING ME GROW..ITS ALL ME
NO CLOUT CHASING TO GET HERE..
I AM JUST HERE CAUSE I AM THE NEWS..I AM ENTERTAINMENT…
SO YOU SEE ALL OF THESE 5MILLION FOLLOWERS THEY ARE HERE FOR ME..
DAMN I AM A STAR….
#KING TONTO WELDONE KIDDO,I AM SUPER PROUD OF YOU..
#GROWTH #YOUR FAVOURITE DRAMA QUEEN #BRAGGINGRIGHT #KINGTONTO
Watch Video Below:
READ  BBNaija 2020: Put Yourself First, Stay Away From Erica – Vee Advises Laycon
Prev postNext post
Use your ← → (arrow) keys to browse
Page 1 of 1 Prev Next