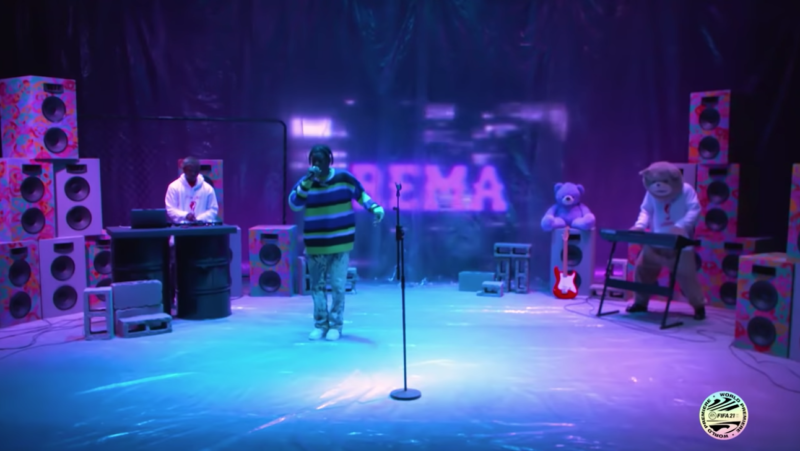 Nigeria’s superstar and Mavin’s golden boy Rema is among the world music star act whose song got featured on the latest EA FIFA 21 video game.

The legendary FIFA series has been produced by EA SPORTS for over 20 years and is now the largest sports video game franchise on the planet. FIFA brings The World’s Game to life, letting you play with the biggest leagues, clubs, and players in world football, all with incredible detail and realism. Whether you want to build your dream squad in FIFA Ultimate Team, lead your favourite club to glory in Career Mode, take the game back to the streets with EA SPORTS VOLTA in FIFA 20, or get bragging rights over a friend in Kick-Off Mode, the FIFA series lets you play The World’s Game your way.

Rema‘s 2020 debut “Beamer” producer by Rvssian is among the Soundtrack for FIFA 21. To premiere the new video game Rema got called on for a live performance and we glad to deliver the lit performance where he performed some of his hit tracks.

READ  [MUST READ] As Davido Is Being Praised Because Of Mayorkun And Peruzzi, He Should Be Blamed For This Also