One of the biggest and most inconclusive debates of all times – Wizkid vs Davido has popped up again.

A fan of Afrobeat has made a solid statement on Facebook claiming that Wizkid’s “Ojuelegba” single is bigger than Davido’s Career.

The two industry heavyweights have been on the case of each other for a while.

Recently, Davido hinted that his beef with Wizkid has taken a new phase as him (Wizkid) and Burna Boy are ganging up against him in London.

In our recent editorials comparing Wizkid and Davido’s catalogues, one of our followers on Facebook claimed Wizkid’s 2014 single “Ojuelegba” is bigger than Davido’s entire career. 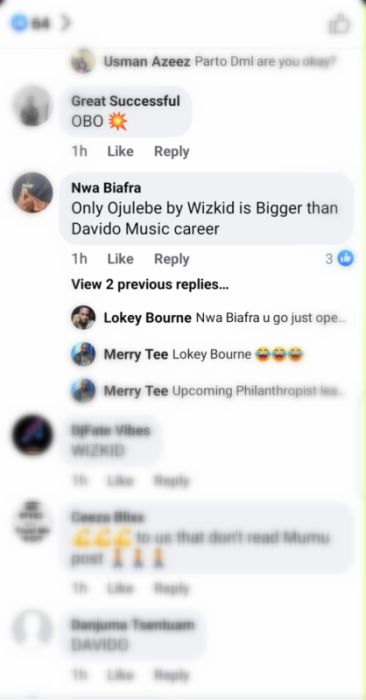 What Do You Think About This?

Like Loading...
READ  Evil Mother Tries To Kill Her Child Inside A Church In Delta (You Won’t Believe Why)