This is the situation singer Wurld has found himself in and is been dragged for shading Wizkid after claiming a certain pattern of singing isn’t his style.

A Wizkid fan who felt that he has shaded Wizkid for saying his way of singing isn’t his style asked him to apologize to Wizkid for the slander.

But others think otherwise saying just because he said something isn’t his style doesn’t mean he has shaded anyone and there’s no reason asking him to apologize.

Nigerian Singer, Wurld got into a slight altercation With Wizkid‘s fans for saying Wizkid’s style isn’t his kind of style.

The drama started when Wurld asked fans to quote his lyrics and a Twitter User quoted Wizkid’s lyrics from ‘Manya’.

Wurld in response said the lyrics weren’t his style and this led to Wizkid’s fans accusing him of mocking their fave.

Wurld later deleted the tweet and responded that just because he said he doesn’t do another person’s style doesn’t mean he is mocking the person.

He asked Wizkid’s fans not to drag the situation and make a mountain out of an anthill. 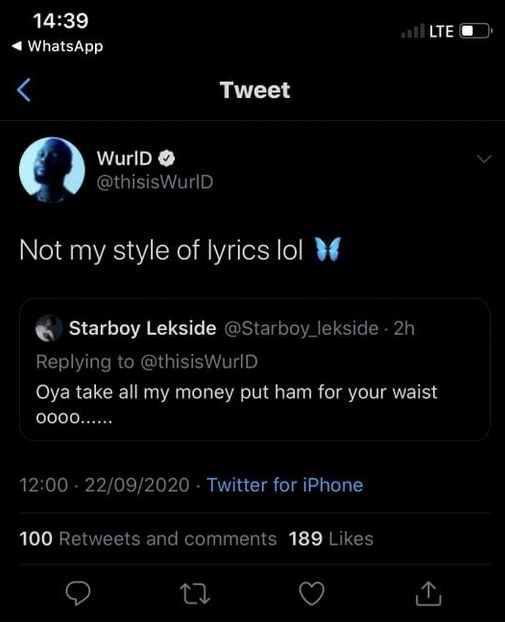 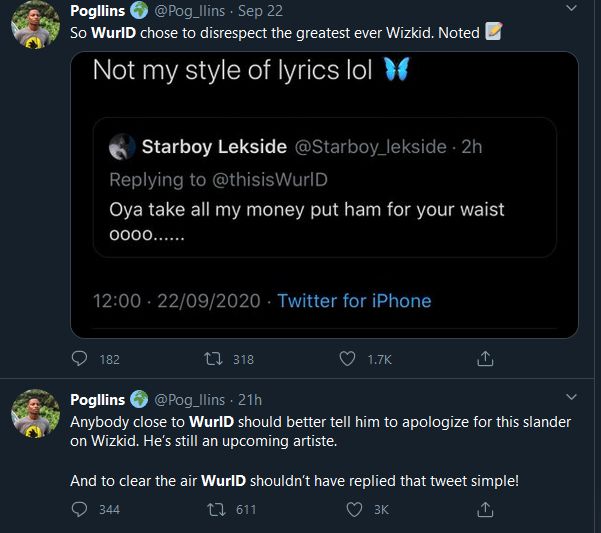